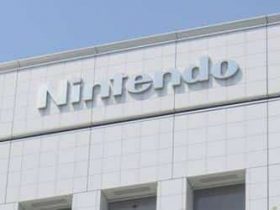 Nintendo of Europe have announced the latest content to be made available through the Wii Shop Channel, Nintendo eShop and Nintendo DSi Shop services.

Virtual Console (Wii)
* Monster World IV, SEGA – 900 Wii Points
For the first time outside of Japan, experience the final chapter in the classic Monster World series! As Asha, a young adventurer, set forth into Monster World and defeat evil alongside your amorphous pet Pepe and magical Genie in order to save the troubled Elemental Spirits!

* Wonder Boy in Monster Land, SEGA – 900 Wii Points
The kingdom has been thrown into chaos by a ferocious fire breathing dragon and his monstrous henchmen whose aim is to create their own Monster Land. As Wonder Boy, set out on an incredible journey across different environments and dungeons, collect powerful weapons and spells and rid the land of evil!

Virtual Console (Nintendo 3DS)
* Sonic Labyrinth, SEGA – £4.50
Help Sonic the Hedgehog in his quest to defeat Dr Robotnik and regain his super-speed! Step into super-sneakers for temporary Sonic swiftness, use warp gates to find special items and grab 100 rings in the bonus stage to win an extra try.

3DS Download Software
* VVVVVV, Nicalis – £7.20
Help Captain Viridian flip to find five crew members, 20 hard-to-reach Trinkets and save a dimension on the brink of destruction. Instead of jumping, control the direction of gravity by inverting your gravity and allowing Captain Viridian to flip between the floors and ceilings of the environments.