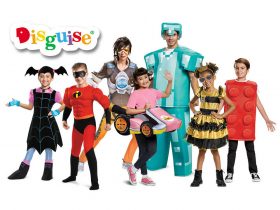 Game of the Weekend
* Mighty Switch Force!, WayForward Technologies – $2.99 (Usually $5.99)
This weekend’s featured title is Mighty Switch Force!, a game packed with run-and-gun action and never-before-seen three-dimensional puzzles. For a limited time, this game is available at a special price of $2.99. The offer is valid between 9am Pacific time on Friday 13th July – 9pm Pacific time on Sunday 15th July.

Virtual Console (Wii)
* The King of Fighters ’96, D4 Publisher – 900 Wii Points
Originally released in 1996, this is the third installment in The King of Fighters game series. The series features an SNK all-star lineup, with characters from games like Fatal Fury, Ikari Warriors, Psycho Soldier and Art of Fighting competing with each other for the title of the world’s strongest fighter.

WiiWare
* Frogger: Hyper Arcade Edition, Konami – 700 Wii Points
Jump into the action with classic and brand-new game modes like Tile Capture, Battle Royale, Freak Out and more that expand the challenge of Frogger’s style of run-and-dodge gameplay. Customize your game experience through a variety of different skins, from the modern neon style of HYPER ARCADE to the 8-bit sprites from Frogger, Castlevania and even CONTRA! Throw down against friends or the CPU in up to 4 player matches to find out who’s really the top frog!

Virtual Console (Nintendo 3DS)
* Kirby’s Pinball Land, Nintendo – $3.99
Choose your world and take aim. Kirby will be launched into the fast-paced dangers of uncharted worlds, but you can help him face his foes head on. It’s a pinball race to check out each new world’s surprise enemies and pitfalls. Flip Kirby in battles against lethal eyeballs, a shooting tree and mace-swinging maniacs. Play three different pinball games, each four screens tall, with tons of secret bonus levels.

* The Sword of Hope II, Kemco – $2.99
Take on the role of young Prince Theo of Riccar and embark on a mission to find the truth behind a mystery that is threatening the kingdom. The key to solving the numerous puzzles and gimmicks is the use of commands like “look,” “open” and “hit.” You’ll encounter many places and items during the adventure, plus some friends waiting to lend a hand along the way.

3DS Download Software
* Johnny Kung Fu, UFO Interactive Games – $5.99
Johnny Kung Fu puts you into the Kung Fu garb of a seemingly everyday man Johnny. The local organized crime group Mr. Wang, led by the mysterious man known as Mr. Wang, seems to have a bone to pick with Johnny and has captured his girlfriend Paula. Knowing that an ambush awaits him, Johnny chases the kidnappers into one of Mr. Wang’s hideout towers regardless. Will Johnny be able to save Paula? Or will the Mr. Wang Gang prevail?

* Sweet Memories – Black Jack, CIRCLE Entertainment – £3.99
Sweet Memories Blackjack is a card game that allows you to play blackjack with a number of different girls. These Japanese high school girls are both cute and sweet additions to the poker club you’ve created. One day, an old neighbor name Kasumi enrolled at your school, after moving back to the city. Your parents are acquaintances, so she gained the approval of staying at your home during enrollment. You have sweet childhood memories of the time spent with her. Simply face your friend, and the memories will return. The time you spend playing blackjack together, increases the connection between the two of you, and you will find out that she is the perfect match for you.

Nintendo DSiWare
* Ace Mathician, CIRCLE Entertainment – $1.99 (Nintendo 3DS) 200 Nintendo DSi Points (Nintendo DSi)
You play as a cute Koala named Ace who loves fruit! Unfortunately a few delicious pieces of fruit are just out of reach and you need to change the positions of the platforms to get to the fruit! You can change the positions of the platform by entering a math formula. There’s no right or wrong answer, every formula the player can come up with will have an effect on the world! Suddenly math becomes as fun as drawing!

* Candle Route, Teyon – $1.99 (Nintendo 3DS) 200 Nintendo DSi Points (Nintendo DSi)
Lead Sparky through over 100 colorful levels to collect matches and light candles. Use your stylus to select a target, and the little guy will move to it using the shortest route. Time is of the essence so there is a limited number of commands you can issue for each level! As you progress through the levels you will discover many secrets. Don’t be surprised to find bombs, puddles, treasures, or even dynamite!

Nintendo Video
* “Windows Down” by Big Time Rush – Free
Conceived by Carlos Pena, this video, filmed in Maui showcases an action packed day in BTR’s life. A beautiful landscape and sneak peek at the adventures they get up to, makes this video unmissable!