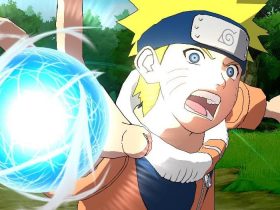 WiiWare
* Zombii Attack, Motiviti – 500 Wii Points
Zombii Attack is an arcade survival game. In an infected metropolitan city over-flowing with hungry zombies, you must stay alive armed with a only a giant slingshot and ammo such as anvils, tires, experimental highly-explosive z-bombs and even the undead themselves. The action is fast paced and frantic. You must grab items quickly and slingshot them at zombies before they eat you using the Wii Remote in a realistic natural motion to load and fire.

Nintendo eShop (Nintendo 3DS)
* Samurai: Sword Destiny, UFO Interactive Games – $5.99
Samurai Sword Destiny is a character action game that will challenge players of all levels. You control a deadly female samurai, Akane, with a single goal in mind: to find and bring her missing elder brother home. On Akane’s quest, she will encounter deadly ambushes, invade enemy castle rooftops, and square off against seemingly indomitable opponents. With the help of dozens of upgrades available to enhance her fighting abilities, Akane just might have a fighting chance against the forces that stand in her path!

* Swapnote, Nintendo – Free
Create handwritten 3D notes and send them to your friends! Add stationery, photos, sound recordings, and more! Swapnote lets you create handwritten notes and then share those notes with other Swapnote users on your friend list via the SpotPass and StreetPass features. Nintendo might even send notes to you too! As your note collection grows and you spend Play Coins, you’ll unlock new features and be able to personalize messages even further by changing stationery patterns, attaching photos and sound recordings, writing and drawing in 3D, and more. You’ll even be able to surprise your friends with secret notes that they can only open on a certain date! Passing handwritten notes to your friends is a breeze, regardless of whether they’re sitting across the room…or across the world!

Nintendo DSiWare
* 3 Heroes – Crystal Soul, Circle Entertainment – $4.99 (Nintendo 3DS) 500 Nintendo DSi Points (Nintendo DSi)
Crystennia, is an ancient kingdom that uses Crystal Soul as its main energy source. The kingdom is facing the threat of monsters created by Rune Crystals. As the Crystal Champion, you must protect the kingdom by defeating monsters and collecting various kinds of natural energy released by them.

* Quick Fill Q, Silver Star Japan – $1.99 (Nintendo 3DS) 200 Nintendo DSi Points (Nintendo DSi)
Q is a spherical creature who rolls on without stopping. However, holes appear in the way to try and stop Q’s progress. Fill the holes using swift thinking and precise controls so Q can keep on rolling… Break blocks in the shape of various holes, so Q can roll safely over them. Depending on the difficulty level, the size of the holes will increase. When Q rolls past a certain distance, Q begins to speed up. When the game ends, the distance traveled by Q is recorded. The top five records for each difficulty level will be saved.