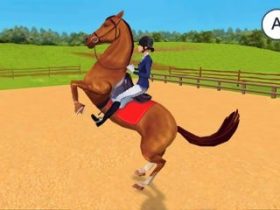 Virtual Console (Wii)
* Prince of Persia, Ubisoft – 800 Wii points
Traverse sprawling levels, dodge deadly traps, spikes and guillotines and clash swords with palace guards before facing the evil Grand Vizier and rescuing the princess. This classic SNES version is one of the most popular platformers in video games history.

Virtual Console (Nintendo 3DS)
* Prince of Persia, Ubisoft – £4.50/€5.00
The Prince of Persia is now available for download on your Nintendo 3DS. Relive this classic platforming game that is often heralded as a pioneer of the genre. This re-release is faithful to the original Game Boy Colour game, complete with the dashing acrobatics of the Prince that made the original famous.

Nintendo DSiWare
* 40-in-1 Explosive Megamix, Nordcurrent – £7.20/€8.00 (Nintendo 3DS) 800 Nintendo DSi Points (Nintendo DSi)
Do you like arcade games – puzzles, action or shooting games? Well this is just what you have been waiting for: 40 games in one collection. Choose between classic games or try out new and completely original games in various genres.

* Come On! Heroes, Circle Entertainment – £1.80/€2.00 (Nintendo 3DS) 200 Nintendo DSi Points (Nintendo DSi)
Come on! Heroes is a classic tower defence action game. You play the role of a burglar using his trusty bow and arrows to defeat an onslaught of heroes desperately trying to rescue the wealthy Heiress that you have kidnapped. Use strategy, cunning and quick wits to defeat their army.