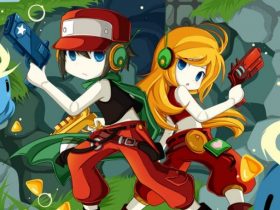 Nintendo of Europe have announced the latest content to be made available through the Wii Shop Channel, Nintendo DSi Shop and Nintendo eShop on Nintendo 3DS and Wii U.

Wii U Download Software
* NBA 2K13, Take-Two Interactive – £49.99 / €59.99
For its 2K13 edition, the NBA 2K franchise is back and bigger than ever. This year, 2K Sports has joined forces with the legendary JAY Z as Executive Producer to transcend sports video games and take virtual hardwood to the next level. Featuring an enhanced MyCareer mode and all-new gameplay features, NBA 2K13 will let gamers pit the best players in NBA history against the new dynasty of talent, including the much-debated match-up between the 2012 U.S. Men’s National Team and the 1992 “Dream Team.”

Wii Demo
* Vampire Crystals, Shanblue Interactive – Free
Once upon a time… in a place called Creepyland, where zombies and vampires coexisted peacefully, vampires kept the zombies well drained by sucking their blood and zombies ate vampires that died from old age or illness. But on a fateful day, all this changed. Transform yourself into a brave vampire and lead the fight against the ruthless zombies.

3DS Download Software
* Tokyo Crash Mobs, Nintendo – £5.39 / €5.99
Queues: an annoying fact of life or, as in Tokyo Crash Mobs, the inspiration for a new type of puzzle game! This wacky action puzzler lets you indulge your queue-busting desires by throwing or rolling people into queues; match three of the same colour together and they disappear – moving you a step closer to the front. Play in Story Mode as would-be bargain hunters Grace and Savannah, or Team Battle using the Nintendo 3DS gyro sensor to fend off shopaholic ninjas and UFOs.

* Mahjong Mysteries – Ancient Athena, cerasus.media – £4.49 / €4.99
Accompany the famous adventurer David on his most mysterious mission yet. In Classic mode correctly combine the symbols to play through 300 Mahjong levels. Follow the trail of ancient heroes, past the Oracle of Delphi and the Theatre of Dionysus, experiencing the mystery of the Gods of Olympus and discovering the treasures of this once magnificent culture. In Adventure Mode, choose your favourite board in classic Mahjong and try one of 10 variations. Enjoy the mystic atmosphere in this 3D adventure, but don’t let your guard down: you’re not alone.

Nintendo DSiWare
* Zombie Skape, EnjoyUp Games – £1.79 / €1.99 (Nintendo 3DS) 200 Nintendo DSi Points (Nintendo DSi)
Ethan is a boy who dreams of imitating his idol Johnny Eagle and becoming the greatest skateboarder of all time. One night as he was practicing something strange happened and suddenly he was surrounded by zombies. In this terrifying arcade game, learn to use Ethan’s skills on the skateboard and rescue as many girls as possible, as you try survive from the hordes of walking undead.