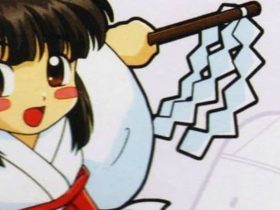 Nintendo of America have announced the latest content to be made available through the Wii Shop Channel, Nintendo DSi Shop and Nintendo eShop on Nintendo 3DS and Wii U.

Wii U Demo
* ZombiU, Ubisoft – Free
A great plague has enveloped the city in a fog of death. The Infected prowl through the streets, waiting to prey on your living flesh at every turn. ZombiU is built from the ground up to take full advantage of Wii U, and will test your will to survive in a fear-fueled zombie nightmare. The Wii U GamePad controller becomes your all-in-one survival kit for tools, inventory, med kit and maps. Feel the tension mount as you try to keep your eyes on the TV and Wii U GamePad controller at the same time.

* NBA 2K13, 2K Sports – Free
NBA 2K13 has joined forces with the legendary Jay-Z as executive producer to transcend sports video games and take virtual hardwood to the next level. Featuring game-play features unique to the Wii U console, NBA 2K13 will allow players to use the Wii U GamePad controller to get up-to-the-second details on their players’ moods, fatigue levels and performance, while also calling plays and making coaching decisions and substitutions.

Virtual Console (Wii)
* World Heroes 2, D4 Enterprise – 900 Wii Points
World Heroes 2 is a fighting game released in 1993 by ADK, featuring characters based on heroes throughout history like Hanzou, Janne and Captain Kidd – there are 14 characters in all from which to choose. Some gameplay features of this game include, the ability to throw back and reflect projectiles, making it a simple yet in-depth play system. One unusual aspect is the introduction of two game modes, each with different sets of rules. Normal Mode is the standard best-of-two bouts type match, and Death Match Mode is more extreme then that of the previous title, with a 10 count, sudden death sys

3DS Download Software
* 101 DinoPets 3D, Teyon – $4.99
What’s even more fun than a puppy for a pet? Your very own dinosaur! With 101 DinoPets 3D, you can have a dino friend to care for, teach, play with and love, all in amazing 3D. Choose from over 101 entertaining dinos—or simply adopt them all! Play a game of fetch in the park or teach your dino to dance, jump and fly. Reward your pet with a treat after each trick! Enter your dino into pet shows to earn toys, food, clothing and furniture, then dress up your pet with hats, glasses, shirts and more. Watch your dino up close and personal, as you zoom in, zoom out, tilt and rotate in real 3D. Enjoy fun minigames as you take your dino to the vet for checkups, give it a bath, romp in the yard and more.

* Hello Kitty Picnic with Sanrio Friends, Majesco Entertainment – TBC
Help Hello Kitty and Sanrio Friends prepare for their picnic in the park in this fun collection of 10 mini-games! Collect all your picnic goodies and decorate five scenes including Hello Kitty’s bedroom, kitchen, and more. Earn apple rewards to unlock new supercute outfits for Hello Kitty and special items you can use to decorate scene backgrounds!

* Reel Fishing 3D Paradise Mini, Natsume – TBC
Reel Fishing 3D Paradise Mini offers a fun and challenging experience for novice fishers and master anglers alike. Put your skills to the test as you must complete over 20 missions in a variety of different fishing locals. Each fish looks and moves so much like the real thing, it’s the closest you can get to real-life fishing without putting on your waders! Choose from a variety of lures to attract and hook the game’s numerous wily fish. Do you have what it takes to become the next great Fishing Master!

* Wild Adventures: Ultimate Deer Hunt 3D, eV Interactive – $3.99
Head out on an adventure unlike anything seen before on the Nintendo 3DS. This is arcade-style hunting at it’s action packed best. Venture into the wild and go after over 20 species of game and fowl including blacktail deer, grouse, ducks and majestic elk. Defend yourself against wolves, wolverine, and the mighty grizzly! You’ll even bowfish for salmon jumping upstream in crystal clear rivers. Along the way collect over 20 weapons and items to help score that monster buck. Switch between rifle, shotgun and bow to make the most of the hunting situation. After the hunt, visit the lodge where your achievements and trophies are on display for all to see.

Nintendo DSiWare
* Biorhythm, Cinemax – $1.99 (Nintendo 3DS) 200 Nintendo DSi Points (Nintendo DSi)
This application primarily simulates an electronic device for the calculation of biorhythms Users can have a momentary value of mental, emotional and physical curves calculated and their diagrams displayed or ascertain their values for any given date. This application also allows them to determine a percentage of partnership harmony and contains a hidden game as a bonus. Biorhythm models use three cycles: a 23-day “physical” cycle, a 28-day “emotional” cycle, and a 33-day “intellectual” cycle. Each of these cycles varies in a sine wave pattern between high and low extremes, with days where the cycle crosses the zero line described as “critical days” of greater risk or uncertainty.

Nintendo Video
* Meat or Die: Ines – Free
Yans and Gans are back and hungry as ever! When the brainstorming duo builds a masterplan to capture their next meal, they receive an unexpected (and unpleasant) result.