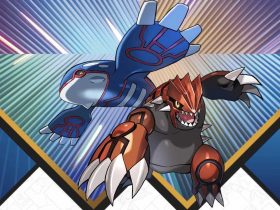 Nintendo of America have confirmed the latest content to be made available through their WiiWare, Nintendo DSiWare and Virtual Console services.

Enjoy the ultimate spot-the-difference game for the WiiWare service with 160 scenes, three levels of difficulty and 1,600 differences to spot. Play either solo or with friends to find out who’s the best spotter. Browse odd and attractive scenes in various categories: Landscapes, Pets, Playtime and Yummy. Four game modes are available. In Arcade mode, spot five differences in randomly ordered scenes. In Time Attack mode, spot one difference in each scene for as long as the timer runs. In Select Scenes mode, play with the scenes of your choice and find five differences in each one. In Multiplayer, up to four players can play against each other.

Dark creatures have taken over Jake’s high school, and it’s up to you to guide him through each classroom in order to be reunited with his girlfriend, Rachael. Existing light sources must be used wisely to create bridges of light for Jake to cross. One false step and Jake gets pulled into the darkness. Along the way he’ll encounter twisted versions of his school’s faculty, who he must battle in order to advance. LIT is a horror-puzzle game that requires the Wii Remote™ and Nunchuk™ controllers. It contains 30 levels, five boss battles, replay modes and several unlockables, including multiple endings, Dark Mode timed challenges and an unlockable character.

Welcome to Urbanix, a game inspired by classic computer games. You play as Urbanix, a tiny tractor that has to build a town on an empty field. Avoid enemies and catch and chase away house crashers – they will try to spoil your game. Play on Earth, at the North Pole or on the moon. Each location has its own game-play mechanics, so you’ll have to adapt your strategy. Be accurate, be quick and collect bonuses on your way. The enhanced game play is based on decades-old classics. Discover 150 levels plus an intense multiplayer mode.

It’s the year 2029 and humanity faces certain extinction. An alien force led by the Supreme Commander Vile Malmort is positioned to destroy the Earth. With little time to act, the president assembled the greatest scientists from around the globe to stop this menace. From their laboratory came mankind’s last hope: the members of the Special Cybernetic Attack Team. S.C.A.T. has one goal: complete destruction of the alien fleet. Capture and adapt multiple weapons systems. Enjoy single-player mode or two-player cooperative play.

In this side-scrolling shooter, it’s up to you to destroy the enemy by making use of the four familiars that fly in formation around your vessel. Quickly switch the formation pattern of your familiars with the touch of a button. When you destroy an enemy, its soul becomes available to collect. Collect the soul with one of your familiars to upgrade its attack or switch to a different attack type. The familiar’s attack can be upgraded by collecting multiple souls of the same color in a row. The four familiars power up and change independently of each other, adding an element of strategy as you plan how to use each one effectively.

Furries are cute, happy, round beings that enjoy rolling around in the sun all day long. But the bad-tempered, stone-cold Squaries, who hate everything that is round and fluffy, attack the unsuspecting Furries. Now it’s up to you to create chain reactions that will pop the evil invaders. Prove your skill in four different game modes: Classic, Challenge, Time Trial and Endless. Use Squaries’ special abilities such as gravity, air blast and split to plan your blasts for maximum efficiency. When you are done with 40 levels of Classic mode and 40 Challenges, you can enjoy the never-ending fun of Endless mode and beat your high score in Time Trial.

Solve 505 tangram puzzles from different groups and become a Tangram Master. Numerous challenges await you. Tangram is the puzzle game for purists. Assemble seven pieces of a puzzle correctly to create a preset shape. Animals, humans or objects – can you complete them all? Statistics are available for players who love to track their wins. Save the game status at any time and continue later. The game’s style and interface have been designed for easy, intuitive operation with the stylus or the + Control Pad.

Go for the gold with Shawn Johnson as you compete in the world of competitive gymnastics. Stick your landings on vaults and nail your combinations on the beam to impress the judges. Start as an amateur and work your way up, earning awards on your way to the World Championships. Train diligently during practice and you’ll be ready for competition in no time. Earn your way through bronze, silver and gold medals as you evolve into an all-around star in the world of gymnastics. Perfect your routines and score high marks to earn a place on the podium – and in the hearts of your fans.