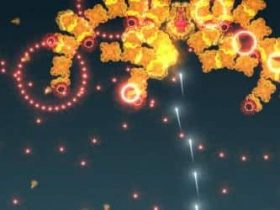 Nintendo of Europe have detailed the latest content that has been released across their WiiWare, Nintendo DSiWare and Virtual Console services, bringing a varied selection of new games to the mix.

Highlights include Cricket Challenge from GameShastra on WiiWare, Pucca Noodle Rush from Bigben Interactive on Nintendo DSiWare and Super Nintendo classic Natsume Championship Wrestling hitting the Virtual Console. Also be sure to check out a duo of new WiiWare Demo’s, chick chick BOOM! and ColorZ.

Cricket Challenge is an arcade style sports game that gives you a fun filled experience while playing as a batsman in a street version of cricket. Using the Wii Remote as a real cricket bat you can swing and control all the actions of a batsman to make him play strokes, hit boundaries, slog sixes and try a variety of other shots.

The game is set-up in a playground surrounded by an urban environment with buildings, apartments and a lush green outfield giving a casual feel to the game.

Have you always dreamed of having a cute little baby to lovingly care for? Well now is your chance. A little virtual cherub will now be yours to look after and you will need to change, bathe and feed your baby as part of your duties, as well as shopping, preparing meals and rocking your baby to sleep.

You will also be able to take part in playtime, dress your baby and teach it how to crawl and walk. But above all, what your little angel needs is your love and attention. All this plus an enormous selection of toys, clothes and other objects will make your little one the happiest baby in the whole wide world!

In Pucca Noodle Rush you control Pucca, who is in charge of customer service at her uncle’s restaurant.

You will need to seat customers, take their orders, serve them, clear the tables, pocket the cash, give priority service to your important friends, bring your impatient customers back to their tables, make sure that you seat your customers according to their respective affinities and rivalries…

Inspired by Pucca television series you will quickly become the consummate restaurateur.

Faceez is back, and this time you will have a whole raft of new features at your disposal to help scare your friends with some ghoulish pictures!

Take pictures of your friends’ faces, turn them into abominable monsters and use the Facebook connection of your Nintendo DSi, share your monstrous creations with the entire world.

Faceez: Monsters! features new disguises and accessories, allowing you to choose from the living dead, werewolves, vampires or zombies.

Puzzle to Go Planets and Universe is the jigsaw puzzle for people on the move. Puzzle together ten of the most beautiful motifs wherever and whenever you like.

Collect stars for each completed jigsaw puzzle and release new images. Each motif is available in three different levels of difficulty, so you are bound to come back for more fun. Puzzle to Go also allows you to puzzle together all the images from the photo album on your Nintendo DSi.

Step into the squared circle and choose from 12 outrageous wrestlers to bring the pain to your opponent!
Wield the massive power of Asteroid, the lightning-fast strikes of Viper, the underhanded attacks of Phantom, and many more madmen of the ring.

With its robust grappling system and over 50 moves to master, Natsume Championship WrestlingTM delivers the deepest and most realistic wrestling action of the 16-bit era. Test your might against the crafty artificial intelligence, or up to four players can compete in exhibition, tag team, and round robin matches! 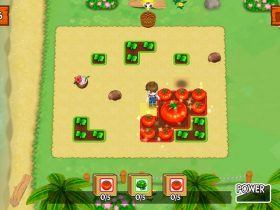 September 12, 2019
Do NOT follow this link or you will be banned from the site!