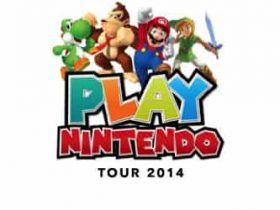 Wii (Application)
* Hulu Plus – Free (Subscription Required)
Hulu Plus on Wii offers hit TV shows and award-winning movies anytime, right from your Wii console. Instantly stream any current season episode from a range of top network TV shows like Glee, The Office, Modern Family and Gossip Girl. Catch up on classic TV series, or explore hundreds of acclaimed movies from Miramax and The Criterion Collection—plus more.

All you need is a Hulu Plus subscription – $7.99/month with limited advertising. Cancel anytime. If you don’t already have a Hulu Plus account, sign up via your Wii console to get a two week free trial.

Virtual Console (Wii)
* Strider, SEGA of America – Wii Points
The year is 2048. The Striders, ninja-like agents and the last defenders of justice on Earth, are the only hope to stop Grandmaster Meio from ruling the world. Hiryu, the youngest Strider to achieve Class A ranking, embarks on a mission to assassinate the evil Grandmaster with his plasma sword, called a Cypher. Guide Hiryu as he jumps, slides and hangs throughout the Eastern European nation of Kazafu in a battle to find the evil dictator.

Virtual Console (Nintendo 3DS)
* Super Mario Bros., Nintendo – $4.99
Rediscover Mario and Luigi’s first great adventure. One day, the Mushroom Kingdom was invaded by the Koopas, a tribe of turtles famous for their black magic. The quiet, peace-loving Mushroom People were turned into stones, bricks and even plants, and the kingdom fell into ruin. The only one who can undo the magic spell is Princess Toadstool, the daughter of the Mushroom King. Unfortunately, she is in the hands of evil king Bowser. Mario learns of the Mushroom People’s plight and sets out to free the princess from the Koopas and restore the fallen kingdom. Jump, kick shells and throw fireballs through eight action-packed worlds in this iconic NES classic.

Nintendo DSiWare
* iSpot Japan, EnjoyUp Games – $1.99 (Nintendo 3DS) 200 Nintendo DSi Points (Nintendo DSi)
iSpot Japan takes you on a journey across the land of the rising sun, explaining facts and curiosities about Japanese culture, while you play the classic “Spot the Difference” game in the country’s most beautiful locations.