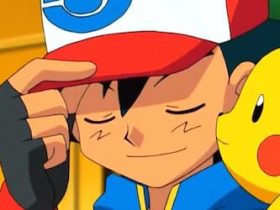 WiiWare
* Paper Wars: Cannon Fodder, iFun4all – 500 Wii Points
Paper Wars Cannon Fodder is a tower defense video game developed by several Polish and Hungarian outsourced programmers of iFun4all team, in the cheapest way you can imagine. What’s the so-called brilliant goal of the game? You would never guess. It is about destroying all enemies! The same well-known thrilling story, hordes of cold-blooded enemies trying to survive the Armageddon! There are some additional goals to be achieved in different missions and levels – watch your right! The game can be played by up to four players in co-op mode.

Nintendo eShop (Nintendo 3DS)
* Pushmo, Nintendo – $6.99
Pushmo is a puzzle-action game in which you pull and push blocks to create a place to stand so you can jump up and down on your way to a goal. At first glance, some places may look out of reach, but if you use your head, you just may see a way to the goal…

Nintendo DSiWare
* Castle Conquer – Against, Circle Entertainment – $1.99 (Nintendo 3DS) 200 Nintendo DSi Points (Nintendo DSi)
You are a great warrior from an ancient tribe on the island. Your island is a beautiful place where you worship the god of the island and he grants you and your tribes the powers that the island can bestow. The Empire suddenly arrived from the other side of the ocean and found gold mines and hunted down many innocent people; the fear of the Empire even made some tribes betray their faith. This has incurred the wrath of your god, and you must leave the safety of your hut to curse and punish the invaders.

* Word Searcher IV, Digital Leisure Inc. – $4.99 (Nintendo 3DS) 500 Nintendo DSi Points
Word Searcher 4 contains fun words from multiple categories including Fossils, Literature and Tornadoes. Packed with a huge assortment of subjects to choose from, there’s sure to be a puzzle anyone will enjoy. Help improve your vocabulary, memory and problem-solving skills with these addicting puzzles. Keep track of, and try to beat your own play through times again and again as words are scrambled every time you play.