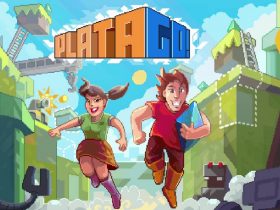 WiiWare
* Gnomz, QubicGames – 500 Wii Points
Gnomz is a new exciting arcade fighter for WiiWare. Up to four people can play against each other and/or AI opponents in three different game modes for hours of gnome bashing, smashing, bumping and dumping.

Virtual Console (Nintendo 3DS)
* Lock’n Chase, G-mode – £2.70/€3
The chase is on to catch a master thief. He’s fast, sneaky and runs rings around the cops. No bank is safe from…you! In classic arcade action game Lock’n Chase you must dash around the maze-like bank vaults, grabbing all the coins while avoiding the guards. As you progress, the banks get bigger and the riches become greater; but the guards get tougher too…

Nintendo DSiWare
* Castle Conqueror Revolution, Circle Entertainment – £4.50/€5 (Nintendo 3DS) 500 Nintendo DSi Points (Nintendo DSi)
You are a member of a family of military geniuses who have lived in peace on a beautiful island for many years. But then the Empire arrived on the island and took control of everything. They have ruined the island’s environment in their search valuable resources and gold and it is now up to you to stop the Empire and protect your people by becoming a commander and leading them against the evil Empire.

* 21: Blackjack, Digital Leisure – £1.80/€2 (Nintendo 3DS) 200 Nintendo DSi Points (Nintendo DSi)
Now you can take the thrill of the casino on-the-go with 21: Blackjack. Whether you’re a seasoned player or a rookie at the table, 21: Blackjack has a variety of gameplay options to take your skills to the next level. You can change the payouts, number of decks in play, splitting options and even if the dealer hits on a soft 17, and these are just a few of the many advanced gameplay options.