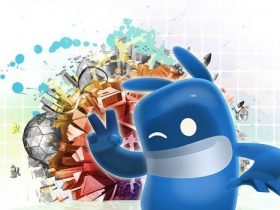 Nintendo of America have announced the latest content to be made available through the Nintendo DSi Shop and Nintendo eShop.

Sneak Peek
* New Super Mario Bros. 2: Warp Cannon Course Video, Nintendo – Free
To give players a special look at some of the courses in New Super Mario Bros. 2, a series of videos are being released in the Nintendo eShop. The second video highlighting one of the Warp Cannon courses is now available. When Mario gets blasted from a huge cannon in this special course, he sprints automatically toward the goal. In order to succeed, all players need to do is jump. Sounds easy, right?

Virtual Console (Wii)
* Real Bout Fatal Fury Special, SNK – 900 Wii Points
Originally released in 1997, this fighting game is the sixth installment in the Fatal Fury series. With a system based on previous games in the series, the game introduced a more evolved two-line battle, improved the power gauge system and abolished the ring out system.

3DS Download Software
* Touch Battle Tank 3D, Agetec – $4.99
In Touch Battle Tank 3D, it’s you on a solo mission against a nearly unstoppable army of killer tanks. Your strategy – keep the action going and the shells flying! Command either a powerfully armored engine of destruction or a light, agile hit-and-run variety of menacing machines capable of unleashing incredible firepower!

Nintendo DSiWare
* Commando: Steel Disaster, Cinemax – $7.99 (Nintendo 3DS) 800 Nintendo DSi Points (Nintendo DSi)
A military group is being attacked by some of its own war machines. It’s up to a commando and vehicle specialist code-named Storm to stop this terrorist threat.

Nintendo Video
* 3D Sports Highlights: Phelps Goes for 20 – Free
Don’t miss the pageantry and passion of this summer’s biggest sporting events in stop-motion 3D. Nintendo Video is delivering highlight after highlight, so tune in to catch your favorite events.