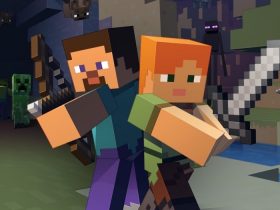 Nintendo of America have detailed the latest additions to their WiiWare, Nintendo DSiWare, Nintendo eShop and Nintendo Video services, bringing a wealth of new content available to download. The latest content is as follows:

WiiWare
* Flight Control, Firemint – 500 Wii Points
Following its release on Nintendo DSiWare, Flight Control comes to the comfort of your living room. Take on the role of an air traffic controller and guide competing aircraft safely into the airport. Be warned, the planes will be coming thick and fast.

Nintendo eShop – 3D Classics
* 3D Classics Urban Champion, Nintendo – $4.99 (Nintendo 3DS)
Find out if your tough enough to take on the baddest brawlers on the block and enjoy this classic game in a new dimension with the 3D Classics range, re-mastered with immersive 3D visuals. Battle solo against computer controlled foes or face off against a friend via Nintendo 3DS Local Play.

* UYUYUI! – Free
Two children on a picnic are separated by a violent wind and only the force of their friendship will achieve to guide them through danger and adventure.

Nintendo DSiWare
* Blockado, Bitfield – $4.99 (Nintendo 3DS) 500 Nintendo DSi Points (Nintendo DSi)
This is a thrilling puzzle game for casual and advanced players alike. Help Valerie escape a mysterious island by solving puzzles to uncover hidden clues about the island’s past. Simply move the treasure chest to the exit field. But beware – other stones will block the way. Magnetic, spring and twin stones will challenge you as you progress.

* Build-a-lot, Mumbo Jumbo – $4.99 (Nintendo 3DS) 500 Nintendo DSi Points (Nintendo DSi)
You can flip houses for quick cash or sit back and watch the rental income pile up. Travel to scenic towns and perform special tasks for the local mayors, or toss out the blueprints and create your own dream neighborhood in Casual mode.

* Zoonies – Escape from Makatu, Kiloo – $4.99 (Nintendo 3DS) 500 Nintendo DSi Points (Nintendo DSi)
Join the exciting adventures of Leo the tiny lion as his Sunday afternoon flight suddenly ends with a spear through his engine. Evil shaman Makatu and his savage tribe of Tuba warriors chase Leo to trap him forever. Only you can help Leo find his way back to friends and family. Clear the path for Leo as he tries to escape Makatu and the treacherous jungle. Interact with the entire world and experience thrilling game play with just a tap of the stylus.