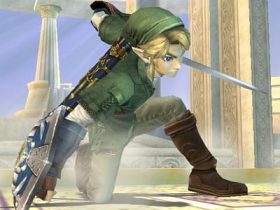 Nintendo of Europe have announced the latest content to be made available through the Nintendo DSi Shop and Nintendo eShop.

3DS Card Software
* New Super Mario Bros. 2, Nintendo – £39.99
Mario returns to Nintendo 3DS in a side-scrolling action adventure packed with great power-ups and crammed with coins. In New Super Mario Bros.™ 2 you can expect classic Mario action with a golden twist – an extra challenge to make Mario a millionaire and collect one million coins. You are also able to team up via Local Play, and there’s a new Coin Rush mode, where you frantically try to grab as many coins as possible in the time limit, adding a strategic edge to the mayhem!

* Freakyforms Deluxe: Your Creations, Alive!, Nintendo – £24.99
Freakyforms Deluxe: Your Creations, Alive! for Nintendo 3DS lets you mould and design your own planet and its inhabitants and then share them with your friends. The only limit is your imagination in this colourful and kooky game, and with so much to see and collect, it will provide hours of entertainment for everyone.

* New Art Academy, Nintendo – £29.99
Try out new skills and discover hidden talents you didn’t know you had with New Art Academy for Nintendo 3DS. With over 30 brand-new lessons to get your hands on, New Art Academy will have you painting and drawing your own masterpieces and sharing them with your friends and family in no time.

Virtual Console (Nintendo 3DS)
* Mystical Ninja starring Goemon, Konami – £2.70
The latest instalment in the classic series, Mystical Ninja starring Goemon for Nintendo 3DS is an action role-playing game featuring three unique characters to control. Visit towns and question the inhabitants for clues, buy items to aid your quest, and solve puzzles as you embark on a mission to save ancient Japan from the evil Black Ship Gang and rescue your friend and fellow ninja Yae.

3DS Download Video
* The Incredible Barbazan: Up Your Sleeve, Living Colour Entertainment – £1.40
See the worst magician ever performing tricks and stunts that always fail! This time: Up Your Sleeve.

Nintendo DSiWare
* The Lost Town – The Jungle, CIRCLE Entertainment – £1.80 (Nintendo 3DS) 200 Nintendo DSi Points (Nintendo DSi)
In this action-adventure game with strategic survival elements, you join Chilia once again as she uses her special combat skills to help villagers survive the after effects of a meteorite landing in the Amazon jungle. You will need to find food, ammunition, and other resources for survival on your mission to locate the meteorite. There will be no rescue team, so success is the only option.

* Escape The Virus: Shoot’Em Up!, Teyon – £1.80 (Nintendo 3DS) 200 Nintendo DSi Points (Nintendo DSi)
The battle for micro-world domination isn’t over yet. Escape the Virus, an action puzzle series, is back with two new fast-paced modes. Turn the tables in the ‘shooter mode’ as you gun down hordes of vicious viruses, while in the ‘territory mode’ you must protect certain zones and use the bonuses to prevent the viruses from getting too close. 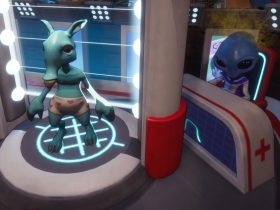