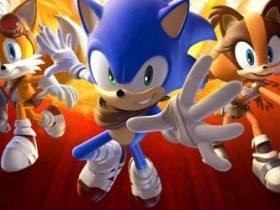 Nintendo of Europe have detailed the latest additions to their Nintendo DSiWare and Nintendo eShop services, bringing a wealth of new titles available to download. The latest content is as follows:

* Avenging Spirit, Jaleco – €3
Avenge your murder and rescue your girlfriend from the mob in this classic Game Boy title.

* GO Series: Fishing Resort, Gamebridge – €2 (Nintendo 3DS) 200 Nintendo DSi Points (Nintendo DSi)
Feel the swing of the fishing rod as you cast, the tension in the line as you reel in the fish and its weight as you catch it with the net. Use the Nintendo DS Stylus to feel every bite, tug and pull. Buy new rods, lines, floats and bait, take part in challenges and trade Member’s Cards and Rankings with friends via wireless communications

* Hearts Spades Euchre, GameOn – €5 (Nintendo 3DS) 500 Nintendo DSi Points (Nintendo DSi)
Heart Spades Euchre offers the most popular card games in one collection. You can modify the rules to suit the games you are playing and set the AI opponents from beginner to pro difficulty level. Challenge your friends in a local multiplayer game with up to four players per game copy. Celebrate your victories and use the integrated speech and text chat functions to enhance the game enjoyment.

* Oscar’s World Tour, Virtual Playground – €5 (Nintendo 3DS) 500 Nintendo DSi Points (Nintendo DSi)
Oscar is back, with more great fun and zany non-stop action, set over seven new exciting Worlds. Your mission is to swim, fly and run through these Worlds collecting baby Oscars that have become scattered throughout the levels, armed with your secret weapon, a Yo-Yo that you can use to swing from platform to platform and also zap those nasty enemies in some of the craziest platform levels you’ll ever play.