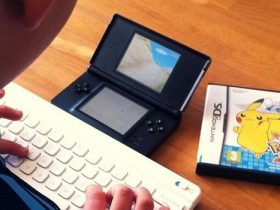 It’s a new week, and Nintendo have once again let us know what we can expect to discover on the Nintendo eShop this Thursday.

Special offers are light this week although Mojo Bones’ glorious Siesta Fiesta is discounted, whereas Flowerworks HD: Follie’s Adventure and Football Up 3D are discounted.

Virtual Console (Wii U)
* Mega Man X3, Capcom – £5.49 (€7.99)
Just when it seemed like a cure for the Reploids had been found, suddenly the once-peaceful robots are turning back into rogue Mavericks. As Maverick Hunters, Mega Man X and Zero spring into action. Mega Man X3 is the final chapter of the series on Super Nintendo. Play as Mega Man X or, for the first time, as Zero who has even more powerful weaponry. In addition to the classic run-and-gun gameplay, collect armour and new Enhancement Chips to upgrade your abilities further. Do you have the skills to fight this latest outbreak? This is the US version of the game.

* Mega Man 7, Capcom – £5.49 (€7.99)
Dr. Wily has finally been imprisoned but Mega Man’s fight is far from over. Wily’s backup plan springs into action: four evil robots attack the city; the perfect distraction to make his escape. Mega Man and Rush are soon on Wily’s trail, and so are Bass and Treble: another robot and canine companion. Who are these mysterious newcomers, and can they be trusted? Jump and blast your way through action-packed levels, face off against fiendish new bosses, discover hidden items and power ups, and send Dr. Wily back behind bars! This is the US version of the game.

Wii U Download Software
* Disney Infinity 2.0: Play without limits, Disney Interactive Studios – £17.99 (€19.99) until 13th November 2014, normally £24.99 (€29.99)
Bring many of your favourite Marvel Super Heroes into an even bigger Toy Box and all new Play Sets. Unlock the freedom to create worlds and combine Marvel and Disney characters in ways never-seen-before in the Disney Infinity 2.0 Toy Box. Disney Infinity Just Got Super-Powered.

* The Swapper, Curve Digital – £11.99 (€14.99)
What if someone knew your mind better than you did? The Swapper is an award-winning, narrative driven puzzle game set in the furthest reaches of space. The Swapper takes place in an isolated and atmospheric sci-fi world. Players wield an experimental device which allows them to create clones of themselves, swapping their entire consciousness into new bodies to overcome the challenges of the environment.

* Football Up Online, EnjoyUp Games – £3.59 (€3.99) or £0.89 (€0.99) for those that own Football Up 3D on the same Nintendo Network ID.
Football Up, now with online mode! Football Up Online is a funny soccer game that allows you a total control of any action of your team players: Control the ball, dribble and shoot with effect to confuse the goalkeeper and score a goal! Now you can play with your friends and other players from around the world thanks to the new online multiplayer mode! Become a soccer master and make your rival defenders tremble! Each country has its national team. You can create your own team with the in-game editor: give it the name you like, choose its equipment and the most important, play with your Mii saved on the Mii Maker of your Nintendo 3DS.

* I Love My Horse, Bigben Interactive – £19.99 (€24.99)
Raise your horse and win all the competitions! Open your own horse resort then raise and train your horse to win the agility, racing and show-jumping competitions to become the greatest of champions! Look after the horses placed in your care: keep them happy and in good health through a variety of available activities. Feed them, brush them, care for them and pet them!

* Petz Beach, Ubisoft – £19.99 (€19.99)
Go on exciting beach adventures with your Petz! Care for a wide variety of dogs, cats and 6 exclusive exotic seaside animals such as a dolphin and a polar bear. Explore the beach town and complete quests and fun activities with your Petz. Expand your town, welcome new pets and unlock new buildings like the exotic petting park.

* Petz Countryside, Ubisoft – £19.99 (€19.99)
Live out exciting adventures in the countryside village! Care for a wide variety of dogs, cats and 6 exclusive exotic countryside animals such as a panda or a zebra. Explore the countryside village and complete quests and fun activities with your Petz. Expand your village, welcome new pets and unlock new buildings like the exotic petting park.

* Ultimate NES Remix, Nintendo – £34.99 (€39.99)
Take retro remixes on the road in Ultimate NES Remix on Nintendo 3DS and 2DS! Best over 250 bite-sized 8-bit challenges based on classic moments from 16 NES titles, including Super Mario Bros., Punch-Out!!, The Legend of Zelda, Metroid, and more! Earn Stars to unlock additional trials by overcoming NES stages, then prove you’re a retro wiz in Remix stages, which throw the rulebook out of the window and give well-known titles a new twist. Anything can happen in these special stages: characters turn up in games that aren’t their own, screens are flipped upside down and colours are swapped around! Access leaderboards for each stage once they’re completed, and compare your playthroughs to those of your friends and players across the region – you can even view videos of other players’ performances! If you fancy a real test, take on three challenges in a row and try to set a high score in Championship Mode, then upload your score to the online leaderboard to see how you stack up! Take control of over 250 stages based on classic NES titles and re-master the retro era in Ultimate NES Remix, only on Nintendo 3DS and 2DS!