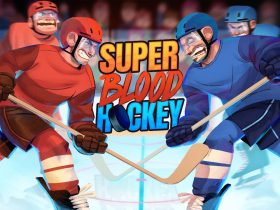 This week’s Nintendo Download list is in, bringing with it a flood of new downloadable titles, special offers and classic releases across Wii U and 3DS.

That sees Mario Kart 8 finally blaze in, The Legend of Zelda: The Minish Cap adventure onto the Wii U, and The Mysterious Murasame Castle become available outside Japan for the first time. That’s not to mention a ridiculous amount of special offers across Wii U and 3DS courtesy of WB Games, Capcom and other publishers.

Virtual Console (Wii U)
* The Legend of Zelda: The Minish Cap, Nintendo – £6.29 (€6.99)
This classic Legend of Zelda adventure sees the heroic Link embark on a journey into a massively tiny world with the help of his wondrous new headwear: the Minish Cap! Link can shrink down to microscopic dimensions, which will prove essential in saving the miniature Picori people from disaster. Of course, it just wouldn’t be The Legend of Zelda without ingenious new items to master, captivating side quests to conquer, and a plethora of dungeons to explore. Small really is beautiful!

Wii U Download Software
* Gravity Badgers, Wales Interactive – £4.99 (€4.99)
Step into the space suit of valiant gravity badger Captain T Bayback as he ventures into the deadly depths of deep space to save his friends, family and the universe from the threat of the deadly Evil Honey Badgers, aka the Hellsett. For the first time ever a game unites the thrilling elements of badgers and gravity to create a stunningly presented physics-based puzzle game that will take you beyond the realms of possibility, imagination and logic to the star-dusted realm of the Gravity Badgers!

* Mario Kart 8, Nintendo – £49.99 (€59.99), special offer if you have downloaded Super Mario Kart: £44.50 (€52.00) until 30th June 2014
Turn your world upside down with Mario Kart 8, only on Wii U! Engage antigravity mode and race up, down and all around amazing courses, competing against other players whether they’re in the same room or on the other side of the world! Speed over blue antigravity panels to take the race off the straight and narrow and up astonishing waterfalls, along the sides of buildings, and much more. The rules of the road change in antigravity mode too: bump into rival racers for a Spin Turbo speed boost! With gravity-defying racing, aerial jostles while gliding, and fast-paced underwater competition across 32 new and classic courses, every surface can be a racetrack! Share your best racing successes – and your most bitter defeats – with the world through Mario Kart TV. Create a highlight reel showcasing your smooth manoeuvres, high-impact item hits and other action-packed moments, then upload it to YouTube** or Miiverse for other players to see!

Virtual Console (3DS)
* Mario Golf, Nintendo – £4.49 (€4.99)
Tee off with Mario and friends in this unique sporting adventure! The Game Boy Color version of Mario Golf is part simulation, part role-playing game. Play as Mario or Luigi, or create your own character, and train them up to become the ultimate golf pro. Explore the Clubhouse, chat to fellow golfers to pick up tips, and challenge opponents to raise your experience level. With four courses, 12 practice ranges, five play modes and a host of minigames to enjoy, fun is par for the course in Mario Golf.

* The Mysterious Murasame Castle, Nintendo – £4.49 (€4.99)
Murasame Joh Castle was once peaceful; now it houses a mysterious force that threatens Japan. As brave samurai Takamaru, you must battle through four other castles overrun with evil before the final showdown at Murasame Joh. Will you uncover its shocking secret? Previously unavailable outside of Japan, this classic action game was originally released for the Famicom Disk System in 1986. It was also the inspiration for the Takamaru’s Ninja Castle attraction in Nintendo Land for Wii U, 26 years after its release!

3DS Download Software
* Castle Clout 3D, Selectsoft – £3.59 (€4)
Crush and destroy enemies with your powerful trebuchet in this vivid 3D version of the popular Castle Clout game! Only you can unite the empire across the Forest, Frost, Desert, Jungle and Burning Lands and save the kingdom from the Darkness. Boulders, bombs and more blaze through the air to batter walls and topple foes. Choose your weapon and ammo, and release at the right angle to maximize the damage you inflict. Try not to duck as enemies and ammunition fly out of the screen! Enjoy over 150 levels, and expand your battle with the hot seat multiplayer mode.

* Coaster Creator 3D, Big John Games) – £6 (€7.25)
Build your own roller coasters using fast and intuitive touch screen drawing and editing controls. Then jump right into a coaster cart seat to experience the ride in thrilling 3D. Use the Track Wizard to add Loops, Corkscrews, and Twists. Take Mii™ characters for a ride on your coaster and share your coasters with friends.

* Me & My Furry Patients 3D, Treva Entertainment – £24.99 (€29.99)
Welcome your animal patients! Take loving care of your favourite animals, keep an eye on your supplies and expand your practice.