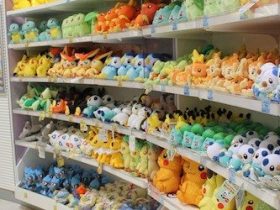 Elsewhere, Zen Studios bring Wii U owners up to speed with all their latest Zen Pinball 2 tables, while Mega Man 5 concludes the robotic hero’s Game Boy outings on Nintendo 3DS.

Virtual Console (Wii U)
* Mario Golf: Advance Tour, Nintendo – £6.29 (€6.99)
Mario Golf: Advance Tour continues the Mario Golf tradition of being part simulation, part role-playing game. Create your character and join the clubhouse where you start on the road to becoming a pro. In the main story mode, take on a roster of daunting opponents across a series of fiendishly designed courses, and build up your experience points to improve your skills. If you make it to the top, you might face off against Mario and co.!

Wii U Add-on Content
* Mario Kart 8: Mercedes-Benz × Mario Kart 8, Nintendo – Free
For the first time ever, Nintendo’s Mario Kart series will be powered by some real-world horsepower. A software update on 27th August to Mario Kart 8 for Wii U will deliver a variety of new features for players, most notably the ability to download three free Mercedes-Benz cars that players can race in the game: the modern Mercedes-Benz GLA, the 300 SL Roadster from the 1950s and the legendary Silver Arrow of the 1930s.

Wii U Download Software
* SteamWorld Dig, Image & Form – £6.99 (€8.99) or £4.99 (€6.49) until 25th September 2014 for owners of the Nintendo 3DS version
SteamWorld Dig is a platform mining adventure with strong Metroidvanian influences. Take the role of Rusty, a lone mining steambot, as he arrives at an old mining town in great need. Dig your way through the old earth, gaining riches while uncovering the ancient threat that lurks below…

Virtual Console (3DS)
* Mega Man 5, Capcom – £3.59 (€3.99)
The last of the Game Boy Mega Man series begins with the hero being defeated at the hands of new foe, Terra! Mega Man returns to the fight upgraded with the new Mega Arm, vowing to defeat Terra and repel his army of Stardroids – evil robots from space! Mega Man has robots of his own to support him, though. Rush the robot dog returns and is joined by newcomer Tango the cybernetic cat. Plus, collect power chips to unlock new upgrades in Dr. Light’s lab. You’ll need all your skills to defeat the alien invaders!

3DS Download Software
* Outback Pet Rescue 3D, TREVA Entertainment – £24.99 (€29.99)
Welcome to the Outback! It´s your job to nurture and love the wild animals of Australia and bring them back to health. Treat sick and injured animals on site or bring them back to your station. Take your Jeep and drive out to care for helpless animals on the spot. Find lost baby animals and care for them until you can return them to the wild.