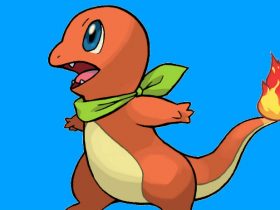 My Nintendo Rewards Discount Three Pokémon Games On Wii U

The 3DS receives plenty of content with Teyon delivering Cube Tactics and Skater Cat, whereas I Am In The Movie shows that Nintendo DSiWare support hasn’t yet declined.

Virtual Console (Wii U)
* Dr. Mario, Nintendo – $4.99
Feeling under the weather? Dr. Mario has the cure for you! Fight nasty viruses by rotating multicolored vitamins as they drop, and gain a higher score by aligning multiples of the same color. You can even try competing against a buddy to prove that you’re just what the doctor ordered.

Wii U Add-on Content
* Sonic Lost World: The Legend of Zelda Zone, SEGA – Free
New DLC for Sonic Lost World is here and it’s legendary! Available now to download for free in the Nintendo eShop on Wii U, Sonic will speed across the land adorned in Link’s iconic green tunic, as the Hero of Time himself flies on the back of his Loftwing from The Legend of Zelda: Skyward Sword. Players are able to use Black Bomb Color Powers to uncover secret rooms, find hidden chests and gain exciting rewards.

Wii U Download Software
* My Style Studio: Hair Salon, Cypronia – $4.99
Wash, color, cut, curl and style – make any hair style you want! Choose between five cute characters and cut and style them in whatever way you want. Use lots of different tools – from a simple scissors to a curling iron and decorate the final look with hats, glasses and other fun accessories.

Virtual Console (3DS)
* Clu Clu Land, Nintendo – $4.99
The greedy Sea Urchins have stolen all of Clu Clu Land’s gold bars and buried them in a series of mazes. As Bubbles, a brave bubble fish, you’ll set out to uncover all of the gold bars in each maze. With 20 stages to complete, you might just want to bring along a friend for help.

3DS Download Software
* Cube Tactics, Teyon – $4.99
This is no ordinary war. This is the war of cubes! Fierce enemies roam the land of cubes, protecting their core and bringing their opponents to mercy. Begin your training with Sir Knight as you take to becoming a Cube Master to tackle these lethal enemies in this strategic and tactical war-game with cubes.

* I Am An Air Traffic Controller Airport Hero Hawaii, Sonic Powered Co. – $19.99
The stage of the game is Hawaii! Let’s try air traffic control in an atmosphere of a summer resort! Honolulu international Airport has four runways as well as two floating ones, and it is a lively place where various types of aircrafts come and go such as international and domestic flights, flights within the island, cargo planes, water planes, and light aircrafts. The game is fun to play as an air traffic control simulation game, and it also gives the player the sense of the real Hawaii with its colorful, expressive sceneries.

* Skater Cat, Teyon – $4.99
Ride the streets with Ollie, the sleekest cat on the block and put your reflexes to the test as you make spectacular tricks in the air to collect scrumptious treats and fleeing stray cats. Skate faster and faster as you lead the clowder and keep them keen with a topped up supply of treats! The addition of StreetPass and SpotPass will allow you to exchange best times and ghost runs with other players and the game makers themselves! With over 25 levels to complete, 90 medals to collect plus bonus in-game features to unlock, you’ll be purring with so much excitement!