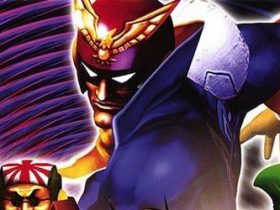 Wii U’s Virtual Console service receives a boost, with this week’s Nintendo Download list delivering no less than three classics to the service.

That welcomes Mighty Bomb Jack, Ninja Gaiden, and Super Mario Kart to the fold, those that purchase the latter receiving a £5.49 discount toward buying Mario Kart 8 digitally through the Nintendo eShop.

Virtual Console (Wii U)
* Mighty Bomb Jack, Tecmo Koei – £3.49 (€4.99)
When the royal family is imprisoned inside the Great Pyramid of Evil by the demon Belzebut, it’s up to Jack, the only remaining heir, to rescue them. As Mighty Bomb Jack you must jump and glide through treacherous corridors and enemy-infested rooms, collecting bombs and treasures as you go. This is the US version of the game.

* Ninja Gaiden, Tecmo Koei – £3.49 (€4.99)
Experience the original adventure of Ryu Hayabusa, the shadow warrior, in this acclaimed action-platformer from the NES era. Ninja Gaiden sees Ryu travel to America to seek vengeance for his father’s murder and uncover a plot that threatens the world – as told through unique anime-style cut scenes. Run, crouch, jump and climb as you battle through 20 challenging side-scrolling areas over six acts while defeating gangs of thugs, evil ninjas and barbarian bosses with your deadly Dragon Sword and Ninpo – ninja magic. This is the US version of the game.

* Super Mario Kart, Nintendo – £5.49 (€7.99)
Start your engines for the original, legendary Super Mario Kart, which spawned a series that is still going strong today. Choose from eight Mushroom Kingdom characters – from familiar faces like Mario and Bowser, to Donkey Kong Jr. in his only karting appearance. Burn rubber across classic courses like Mario Circuit, Bowser Castle, Koopa Beach and the infamous Rainbow Road! Race solo, go head-to-head with a friend, and experience the original version of Battle Mode – the great two-player favourite. This is the US version of the game.

Virtual Console (3DS)
* Adventure Island II, Konami – £4.49 (€4.99)
That Evil Witch Doctor never gives up! Not content with kidnapping Princess Leilani in the first Adventure Island, now he’s swiped her sister Tina! Eight islands of perilous platform action stand between you and your sweetheart. Prepare to battle dinosaurs, survive avalanches and outwit the Witch Doctor’s minions. Higgins is helped by four dinosaurs with abilities on land, sea and even in the air. With the help of his companions, only Master Higgins can restore peace to the island and save Tina!

3DS Download Demo
* Wakedas, Circle Entertainment – Free
Wakedas is a contemplative and thoughtful shape shifting puzzle game with the perfect combination of eye-candy visuals and serene sounds. Radiant multi-coloured tiles rest on an infinite loop; aim of the game is to group same coloured blocks together by simply dragging your finger across the screen.

3DS Download Software
* Professor Layton vs Phoenix Wright: Ace Attorney, Nintendo – £39.99 (€44.99)
The puzzle professor and the ace attorney unite in Professor Layton vs. Phoenix Wright: Ace Attorney, only on Nintendo 3DS! Solve puzzles to investigate as Professor Layton, present evidence to the judge as Phoenix Wright, and crack the ultimate case! Two entirely unique gameplay styles collide – investigate the mysteries of Labyrinthia, solving puzzles as you go, then seek justice in the courts of law! Professor Layton’s expertise is put to the test as he explores the city, finding clues, solving puzzles and speaking with its enigmatic inhabitants. Meanwhile, Phoenix Wright defends his client to the end in a courtroom quite unlike any he’s experienced before. With completely different laws and logic at play in Witch Trials, Phoenix must cross-examine witnesses, and sometimes even quiz multiple people at once to find contradictions!

* Skater Cat, Teyon – £4.49 (€4.99)
Ride the streets with Ollie, the sleekest cat on the block and put your reflexes to the test as you make spectacular tricks in the air to collect scrumptious treats and fleeing stray cats. Skate faster and faster as you lead the clowder and keep them keen with a topped up supply of treats! The addition of StreetPass and SpotPass will allow you to exchange best times and ghost runs with other players and the game makers themselves! With over 25 levels to complete, 90 medals to collect plus bonus in-game features to unlock, you’ll be purring with so much excitement!