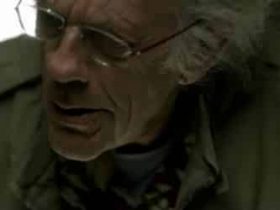 It’s another busy week for the Nintendo eShop across Europe, with new arrivals slamming in across Wii U and Nintendo 3DS.

Virtual Console (Wii U)
* Donkey Kong Country 2: Diddy’s Kong Quest, Nintendo – £5.49 (€7.99)
Donkey Kong has been kidnapped by the evil Kaptain K. Rool, who is demanding DK’s hard-earned banana hoard as a ransom! But there’s no way the Kongs are going to give it up that easily! In this pirate-themed sequel to the hit Donkey Kong Country, guide Diddy or Dixie Kong through eight wild worlds of comical action across the Kremling-infested Crocodile Isle. Discover new secrets, learn new abilities, meet new Kong family members, and take the reins of new animal buddies such as Squitter the Spider and Rattly the Rattlesnake.

This is the European version of the game, which was optimised originally by the developer to offer gameplay and music speed similar to the US version. Demos and animations may run at PAL speed. The aspect ratio has been corrected for this release.

* Namco Museum, Bandai Namco Games – £5.39 (€5.99)
Namco Museum packs five historic arcade games into one retro gaming package: Ms. Pac-Man, Galaxian, Galaga, Pole Position and Dig Dug. Enjoy these blasts from the past with their original graphics, sound effects and gameplay faithfully recreated. You can also change the settings to your liking; altering lives, difficulty and screen modes. There’s sure to be something for everyone in this classic coin-op compilation!

Wii U Download Software
* Bayonetta, Nintendo – £24.99 (€29.99) or £9.99 (€9.99) if you have previously purchased Bayonetta 2
Originally released in 2010, the unforgettable first chapter of the Bayonetta saga introduced the world to “climax action”, an explosive blend of dynamic action and saucy style. Armed with a gun in each hand and one on each foot, Bayonetta destroys her opponents with combo attacks that are as beautiful as they are brutal. Dodge enemy attacks with perfect timing to activate Witch Time, leaving your slowed-down opponents defenceless against your barrage of kicks, blows and bullets, then finish them off with a devastating Torture Attack. No angel will stand in Bayonetta’s way.

* Bayonetta 2, Nintendo – £39.99 (€49.99) or £24.99 (€29.99) if you have previously purchased Bayonetta
A few months after the events of Bayonetta… Something strange is happening. Angels suddenly appear on the streets and begin to attack. Bayonetta uses her powers and fights back, summoning the demon Gomorrah, but it turns against her. Jeanne dives in to save Bayonetta, taking a fatal blow in the process, and is dragged down to Inferno. With only a short time to save Jeanne’s soul, Bayonetta heads for Fimbulventr: a legendary mountain said to house a gateway to the underworld. What lies ahead for Bayonetta?

* Just Dance 2015, Ubisoft – TBC
Hit the floor for the year’s hottest party in Just Dance 2015 on Wii U! With over 40 tracks, including current chart-toppers and throwback favourites, there’re plenty of reasons to slip on your dancing shoes. Strut your stuff solo, dance up a storm in a duo or get down as a group in loads of modes that will keep the party going all night!

* My Style Studio: Hair Salon, Cypronia – £4.49 (€4.99)
Wash, colour, cut, curl and style – make any hair style you want! Choose between five cute characters and cut and style them in whatever way you want. Use lots of different tools – from a simple scissors to a curling iron and decorate the final look with hats, glasses and other fun accessories.

Virtual Console (3DS)
* Donkey Kong Land 2, Nintendo – £3.59 (€3.99)
Donkey Kong has been kidnapped by the evil King K. Rool who is demanding his entire banana hoard as a ransom! Rather than give up the precious stash, Diddy Kong teams up with Dixie Kong to rescue their pal. While the story may be familiar to fans of Donkey Kong Country 2, the levels are all new. Jump in with Diddy or Dixie and enlist the help of friendly animal buddies like Rambi the Rhino, Squitter the Spider, Enguarde the Swordfish and Squawks the Parrot to bring DK back to safety!

* Legend of the River King 2, Natsume – £4.49 (€4.99)
When a mystical jewel to control nature is stolen, it’s up to you and your brother to retrieve it by searching the vast waters of your land, putting your fishing skills to the ultimate test. First you’ll need to fish for small fry to feed yourself and to sell for better tackle and rods, before you take on the big catches. Legend of the River King 2 is a massive role-playing adventure featuring all types of angling from fresh water fly-fishing to deep-sea trawling. Plus, try your hand at bug hunting and flower picking, too.

3DS Download Software
* Disney Magical World, Nintendo – £34.99 (€39.99)
A whole new world awaits players in Disney Magical World, for Nintendo 3DS and 2DS systems. After creating a personalised avatar and a customised dream life, players embark on a 3D fantasy adventure featuring more than 60 iconic Disney characters across a main central plaza and its surrounding worlds inspired by Alice in Wonderland, Cinderella, Aladdin and more. It’s all Disney, all the time as players interact with beloved characters, manage a café to earn in-game coins, set off on ghost-hunting quests and even visit friends’ towns via Local Play.

* My Style Studio: Hair Salon, Cypronia – £4.49 (€4.99)
Wash, colour, cut, curl and style – make any hair style you want! Choose between five cute characters and cut and style them in whatever way you want. Use lots of different tools – from a simple scissors to a curling iron and decorate the final look with hats, glasses and other fun accessories.

* Power Rangers Super Megaforce, Bandai Namco Games – £24.99 (€34.99)
The Megaforce Rangers face a new evil threat in a side-scrolling action game, providing a variety of maps loaded with an array of enemies and gimmicks. Lead your Ranger hero to the victory through battles, boss and Giant Robot fights! Call a partner character to fight alongside, use all the abilities and techniques of your character, including special attacks! Unlock and collect Rangers by using in-game rewards or scanning AR codes in Ranger Keys from the toy line by Bandai! (Note: Some Ranger Keys are not compatible with this Power Rangers Super Megaforce game.)