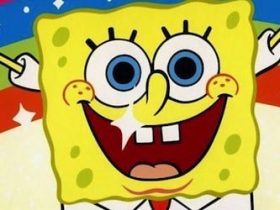 Nintendo eShop Sale (Nintendo 3DS)
* Mutant Mudds, Renegade Kid – $5.99
Mutant Mudds is a “12-bit” action platformer full of pixels and platforming fun. For a limited time, download this game from the Nintendo eShop at a discounted price of $5.99.

* Pokédex 3D Pro, Nintendo – $9.99 (normally $14.99)
Get your hands on detailed information for more than 640 Pokémon from the Pokémon video game series. Pokédex 3D Pro offers comparison ranking tools and in-depth sorting. Starting March 22, this application will be available to download in the Nintendo eShop on Nintendo 3DS at a special price of $9.99 for a limited time.

Wii U Download Software
* Zen Pinball 2, Zen Studios – TBC
Zen Pinball 2 is your home for nonstop pinball action. Featuring an exciting lineup of pinball tables, including Marvel Pinball and Plants vs. Zombies pinball, as well as a collection of original designs, there is a table for everyone. You can even demo all tables before you decide to buy.

* Lola’s Math Train, BeiZ – $3.99
Find out about numbers and shapes! Learn to compare number values! Practice adding and subtracting! Join Lola on her journey as she makes her way through a fun filled environment of bright colors, interactive characters and creative problem solving to get all of her friends to a party! Specifically designed for children 3-7 years old, Lola’s Math Train encourages children to learn key skills like adding, subtracting and puzzle solving all while having fun!