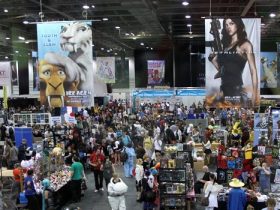 The Nintendo eShop is positively bursting with choice within this week’s Nintendo Download list, a shower of new additions, special offers and price drops.

It is Hyrule Warriors and Theatrhythm Final Fantasy Curtain Call that lead the charge, joined by a slate of other titles that include Chimpuzzle Pro, Darts Up, KickBeat Special Edition, Glory of Generals and The Keep.

Virtual Console (Wii U)
* Life Force, Konami – £3.49 (€4.99)
Pilot the Vic Viper on a mission to destroy an enormous alien that threatens to devour the galaxy! Classic shoot ’em up Life Force is a spin-off of the seminal Gradius series, featuring six stages that take place inside the gigantic creature, alternating between horizontally and vertically scrolling environments. Collect capsules to gain new weapons and power-ups, and defeat the bosses at the end of each stage.

Wii U Download Software
* Chimpuzzle Pro, CW-Games – £1.79 (€1.99)
Chimpuzzle Pro is a puzzle game set in a unique jungle environment. You are the God of the game to help a monkey called “Beebo” out to reach his bananas. To help him out, you have to put blocks on the right places which Beebo can walk or climb on.

* Darts Up, EnjoyUp Games – £2.29 (€2.49)
The ultimate darts game is now on WiiU. Darts Up is a fun game of darts in which you will have complete control over aiming thanks to the GamePad motion sensor. You can play with your friends and family, up to a maximum of 4 Players. There is also a combo mode with special moves and, most importantly, an arcade mode with an online ranking table, where you can compare your best scores with friends and players from around the world.

* Hyrule Warriors, Nintendo – £35.99 (€44.99) until 26th September 2014 for those that have downloaded any The Legend of Zelda title, or £39.99 (€49.99)
Hyrule Warriors blends the lore of The Legend of Zelda with the over-the-top action of Dynasty Warriors – you’ve never seen Hyrule like this before! Take down swarms of familiar foes on the battlefield with an array of incredible moves, and chain together earth-shaking combos that can swipe out swathes of enemies in one fell swoop.

* KickBeat Special Edition, Zen Studios – £8.99 (€9.99)
Beat matching meets kung fu in KickBeat, an award-winning rhythm game where rhythm and action merge seamlessly. It features licensed tracks from a diverse line-up of artists, from well-known bands such as Pendulum and P.O.D, to indie pioneers Celldweller and Blue Stahli, to hidden talents like electronic music producer Voicians and Taiwanese rapper Shen Yi. Take your high scores online and compete with friends on the world-wide leaderboards.

Virtual Console (3DS)
* Donkey Kong: Original Edition, Nintendo – £4.49 (€4.99)
Journey back to the beginning of Mario’s career, when the plucky plumber single-handedly took on the mighty Donkey Kong for the very first time! Save Pauline from DK’s clutches by negotiating platforms, dodging bouncing barrels and deadly fireballs, to reach the top of each stage. This authentic version of the arcade classic reinstates the cement factory level that was not included in the original NES release, plus some additional touches that make this the definitive home version!

3DS Download Software
* Glory of Generals, CIRCLE Entertainment – £7.99 (€9.99)
Glory of Generals is a turn-based strategy game set during World War II, with 64 campaigns between 1939 AD and 1945 AD including the Western front, the Eastern front, North Africa, and Antarctica, and containing well-known battles such as: Blitzkrieg, Battle of Stalingrad, El Alamein, and Operation Overlord. As a soldier with either the Ally or Axis forces, you can upgrade bases, repair troops or get promoted to marshal. Call upon 102 famous generals for help including Eisenhower, Rommel, Patton, and Zhukov. In order to win, players must master the complexities of combat. For example, armoured troops move slowly in the mountains. Another example is that Infantry can construct buildings that can defend against tanks and artillery.

* The Keep, Cinemax – £8.99 (€9.99)
Enter the Keep as an unsung hero on a quest to destroy the nefarious wizard Watrys. Explore the subterranean depths in this first-person dungeon crawler featuring real-time combat, a unique rune magic system, exploration, and puzzle solving. This game will awaken memories of what made old-school RPG dungeons so much fun to play while you fight, hunt for hidden treasures, and avoid deadly traps. Get to know your enemies, find their weaknesses, and crush them. Experiment with magic to discover powerful spells. Only the strongest will survive. To defeat the seemingly undefeatable Watrys, you will need to level up your character and find powerful armour and weapons. The game controls were designed with a Nintendo 3DS stylus in mind so mastering both sword and magic is a fun and intuitive experience. Do you have what it takes to stand against such evil? Then don’t procrastinate and enter. The Keep awaits you…

* Theatrhythm Final Fantasy Curtain Call, Square Enix – £29.99 (€39.99)
A sequel to the first final fantasy rhythm action game released in 2012, Theatrythm final fantasy curtain call expands on the original in every way with new gameplay modes, over 200 songs, and 60 playable characters. Featuring music that spans the full breadth of the storied final fantasy franchise, players tap along to the memorable beats and harmonies as the adorable, stylized characters battle and quest through their worlds. The music of over 20 titles is brought together in one package, fusing together the moving scores, cinematic visuals, and role-playing elements the series is known for.