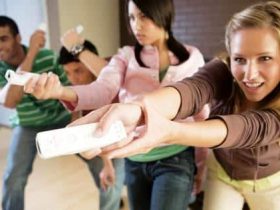 This week’s Nintendo Download list for North America is in, a quieter one amid all the noise of E3 2014.

Special Offers
* Celebrate E3 with Featured Franchise Favorites: Save up to 30 percent on top franchises being featured at E3, including select Super Mario Bros., Sonic the Hedgehog, The Legend of Zelda, LEGO and Yoshi games. Hurry, the sale in the Nintendo eShop for both Wii U and Nintendo 3DS ends Monday, June 16th at 8.59 am PT.

* Inazuma Eleven: It’s almost summer, and international soccer excitement is in the air. Celebrate the season with a worldwide sale on soccer RPG Inazuma Eleven, now 50 percent off in the Nintendo eShop on Nintendo 3DS. This offer lasts until 9am PT on July 13th.

* Nicalis Games: To celebrate the recent release of 1001 Spikes, Nicalis is discounting select games in the Nintendo eShop on Nintendo 3DS, including Ikachan, Cave Story 3D, NightSky and VVVVVV. This offer ends at 9am PT on June 26th.

* Soccer Up 3D: For a limited time, Soccer Up 3D is available at the discounted price of $2.99 in the Nintendo eShop on Nintendo 3DS. This offer ends at 9am PT on July 16th.

* QubicGames: For a limited time, QubicGames is discounting select games in the Nintendo eShop on Nintendo 3DS, including 2 Fast 4 Gnomz and AiRace Speed. This offer ends at 9am PT on July 2nd.

Virtual Console (Wii U)
* Pac-Land, Namco Bandai – $4.99
Take control of PAC-MAN on his home island of Pac-Land and try to help a lost fairy home. Your journey will take you through bustling towns, rugged mountains, dangerous ravines and vast deserts. To make matters worse, the ghosts of Pac-Land will stop at nothing to stand in your way. Can you complete this fantastical rescue mission and make it back home in time for dinner?

* PAC-MAN Collection, Namco Bandai – $6.99
Enjoy four games in one featuring the iconic chomping yellow hero. In PAC-MAN, PAC-MANIA and PAC-MAN Arrangement, help PAC-MAN collect all of the dots and survive multiple levels of mayhem. In PAC-Attack, line up blocks from left to right as they drop down. Think quick, move quicker and plan a path so PAC-MAN can make his attack.

* Soccer, Nintendo – TBC
Direct your team up and down the field, pick from seven international teams – USA, Great Britain, France, Germany, Brazil, Japan and Spain – and perform all the kickoffs, throw-ins, goal kicks and corner kicks seen in a real match. You can choose the skill level of the opposing team on a scale from one to five, so as your team improves, so do your opponents. You even choose the length of the match. As time ticks down, do your best to score the winning goal.

Virtual Console (3DS)
* Double Dragon II: The Revenge, – TBC
Billy and Jimmy Lee, the Double Dragons, are back to avenge the loss of Marion. In their quest to defeat the evil Shadow Warriors, Billy and Jimmy must complete nine missions, facing deadly street gangs, ninjas and huge mutant fighters. The duo must traverse through construction sites, alleyways and underwater hideouts complete with secret elevator shafts, spiked ceilings and razor-sharp mechanical claws. Can Billy and Jimmy contend with the enemies placed before them and save the world?

3DS Download Software
* AiRace Xeno, QubicGames – $2.49
After the success of its predecessors, AiRace Xeno brings back the speed and adrenaline to your Nintendo 3DS! Take the challenge and pilot the most advanced and powerful jets as you compete to beat your best time. Race on stunning high-speed tracks featuring extremely difficult tunnels, spectacular halls and hidden shortcuts.

* Van Helsing sniper Zx100, EnjoyUp Games – $6.66
If you like sniper arcade games and hunting vampires, there’s nothing better than reincarnating as the best Vampire exterminator of all time: Van Helsing! Take aim in the most natural way there is with your Nintendo 3DS. With the motion sensor, turn your Nintendo 3DS into a mortal crossbow against the Vampires. If your hand trembles a bit, don’t worry: the option of slowing down time will help you aim with greater precision during difficult moments, as well as finding hidden Vampires with a special filter. Search, aim and fire with resolve on all the blood-thirsty Vampires that are stalking humans in London, and face the terrifying Bosses. You can also unlock a survival minigame if you earn the cursed score of 6 6 6 (pts).