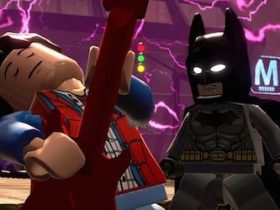 Unsurprisingly, as with Europe it is Pokémon X and Pokémon Y that lead this week’s Nintendo Download list for North America.

* Tennis, Nintendo – $4.99
In the classic NES game Tennis, players show off their most brilliant lobs and most powerful smashes in a singles or doubles match. Choose between five different levels of difficulty, ranging from Beginner all the way up to Advanced. Don’t lose your resolve when Mario sits in as referee!

3DS Download Software
* Aqua Moto Racing 3D, Zordix – $5.99
Experience the thrill of high-powered watercraft and break-neck stunts in a third dimension. Race through heaving oceans along sandy beaches in the Tropics, Greece and Egypt. Perform insane stunts and go around the buoys closely to charge your turbo and get the edge against your opponents. Earn cash by participating in races and spend it on better watercraft. Unlock new Championships and Achievements on your quest for Legendary Status. Compete against your friends in local multiplayer mode.

* Escape from Zombie City, Tom Create – TBC
Escape the city before a bombing raid starts by blasting through hordes of zombies that have overrun the streets. The military sent in forces to suppress the zombie infested city, but they were wiped out. The government had no choice but to issue a large-scale bomb raid over the surrounding area. The time limit is morning. You are a soldier that has been left behind. Can you make it out alive?!

* Pokémon X / Pokémon Y, Nintendo – TBC
Discover new and classic Pokémon in the breathtaking new Kalos region. Train and interact with your Pokémon like never before as they’re brought to life with detailed graphics and animations. Engage in the most intense Pokémon Battles ever, enhanced by new Mega Evolutions and powerful new moves. Pokémon X and Pokémon Y will be available on October 12th.

* Shin Megami Tensei: Devil Survivor Overclocked, Atlus – $39.99
Considered one of the best RPGs of 2009, the original Devil Survivor presented gamers with a novel premise: Tokyo is in full lockdown, the government’s swift, coldblooded response to a surprise demon invasion. While you and your friends must solve the nature of the inter-dimensional rift through which the horrific creatures are entering your world, saving the world is not your highest priority; staying alive, on the other hand, is.

* Super Black Bass 3D, Rising Star Games – TBC
Cast your line as you would in real life and imitate real fishing actions for an immersive experience. Battle changing conditions to achieve more challenging catches, with changing seasons, weather and time all affecting your fishing style. Exchange the fish you catch in Free Fishing mode for coins, then use these to buy new items or make fish prints with the coins. Use the worldwide ranking system and challenge fellow anglers from around the world across five competitive categories.

Nintendo DSiWare
* Zombie Blaster, Enjoy Gaming – TBC
Fight off hordes of the undead as they seek out the living in Zombie Blaster. Struggle for survival as infected, snarling zombies try to turn you into a mindless decaying corpse with a hunger for human flesh. Armed with deadly weapons, you must fight your way through the living dead or find yourself walking among them.