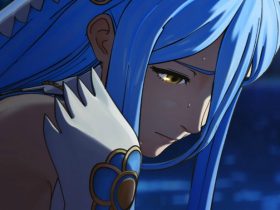 It’s a shorter Nintendo Download list for Europe this week, only heralding a handful of arrivals across Wii U and 3DS.

It’s Pokémon Trading Card Game arriving on 3DS Virtual Console that will sway most attention, mostly because there isn’t much else to make you part with your money aside from Konami’s Pop’n Twinbee joining Wii U Virtual Console.

Meanwhile special offers across NES Remix and NES Remix 2 are certainly worth considering for those yet to pick either up, and there’s a new two-hour ticket for Wii Karaoke U by JOYSOUND which will promises to have you warbling away.

Virtual Console (Wii U)
* Pop’n Twinbee, Konami – £5.49 (€7.99)
The classic Super NES “cute ‘em up” returns, thanks to Virtual Console! Pilot the sweet yet powerful spacecraft TwinBee and WinBee, as you fend off the forces of the Donguri army. Fly through seven stages solo or simultaneously with a friend, to defeat the evil Dr Mardock’s forces. Power up by collecting bells; shooting them to change their colour and effect. Two players can also team up, to transfer energy if one of you is low, or to grab and throw a player around the screen and take out multiple enemies!

This is the European version of the game, which was originally optimised by the developer to play music at a speed similar to the US version. Gameplay, demos and animations run at PAL speed. The aspect ratio has been corrected for this release.

Wii U Download Software
* Wii Karaoke U by JOYSOUND: 2-hour Ticket, Nintendo – £2.69 (€2.99)
Calling all seasoned karaoke veterans and newcomers alike – Wii Karaoke U by JOYSOUND is a unique Japanese karaoke box experience for Wii U, giving you the choice to have a private sing-along with friends in your living room, or compete to become one of Europe’s finest voices!

Virtual Console (3DS)
* Pokémon Trading Card Game, Nintendo – £4.49 (€4.99)
Based on the incredibly popular Pokémon Trading Card Game, this Game Boy Color version was a hit with gamers and card collectors alike. Explore the game world to find opponents and gather info. Learn how to build and manage decks, win battles to receive booster packs, then take on the eight Club Masters. Your goal: to impress the Grand Masters enough to inherit their Legendary Pokémon Cards! Includes more than 200 Pokémon Trading Cards based on the original decks, plus new cards exclusive to this game.

3DS Download Demo
* Jett Rocket II: The Wrath of Taikai, Shin’en Multimedia – Free
Jett Rocket returns! Your favourite planetary inspector is back and in trouble. His arch-rival Kaiser Taikai has to settle an old score with him. Explore the home planet of the Power Plant Posse and ignite your trusty old jet pack in this epic full-3D action-adventure that runs at a super-smooth 60 frames per second!