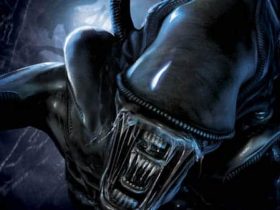 It is Kirby and the Rainbow Paintbrush and Puzzle & Dragons Z + Puzzle & Dragons: Super Mario Bros. Edition that lead this week’s Nintendo Download in Europe, seeing the Nintendo eShop once again burst with new content.

Elsewhere Yoshi’s Island DS continues Wii U Virtual Console’s steady expansion with Nintendo DS releases, whereas Zen Pinball 2 gets in on the latest cinema blockbuster with a Marvel’s Avengers: Age of Ultron table.

Virtual Console (Wii U)
* Yoshi’s Island DS, Nintendo – £8.99 (€9.99)
Return to Yoshi’s Island for an original adventure in the spirit of the Super Nintendo classic. Yoshi can team up with not only Baby Mario and Baby Luigi but also baby versions of Peach, Donkey Kong, Wario and even Bowser. Yoshi can also transform into a helicopter, tank or submarine. Traverse five sprawling worlds by using the unique abilities of each baby sidekick – from Baby Mario’s dash technique or Baby DK’s swing ability, to Baby Bowser’s fiery breath – and stop the evil Kamek’s plans.

Wii U Download Demo
* Trine Enchanted Edition, Frozenbyte – Free
Trine Enchanted Edition is the origin story for the three unlikely heroes of Trine – Amadeus the Wizard, Pontius the Knight, and Zoya the Thief. Spellbound by the magical object Trine, the heroes must join forces to overcome obstacles and puzzles in a fully interactive physics-based world, battle the undead and their minions, and restore balance to the kingdom!

Wii U Download Software
* Kirby and the Rainbow Paintbrush, Nintendo – £34.99 (€39.99) or £31.49 (€35.99) until 14th May 2015 if a title from the Kirby series for Wii U or Nintendo 3DS has been downloaded before with the same Nintendo Network ID.
Explore a wonderful world of clay in a colourful platforming adventure and return colour to Dream Land in Kirby and the Rainbow Paintbrush for Wii U! Use the Wii U GamePad touch screen to draw rainbow ropes for Kirby to roll along, or to block obstacles and enemies. There are loads of collectibles to find in every stage, so search every corner to track everything down!

* Zen Pinball 2: Iron & Steel Pack, Zen Studios – £3.99 (€4.99)
Want to battle your way through menacing hordes of Vikings or take on a crooked gang of outlaws in the Old West? You can do that and more in Iron & Steel Pack, an exciting pinball table two-pack that combines Zen’s own epic medieval adventure CastleStorm with Wild West Rampage, an all-new table where you can play as Cindy, a tough-as-nails frontier bounty hunter in the Old West! Barge into a world of dragons and trains, swords and six-shooters, the perfect blend of the Middle Ages and the Wild West!

* Zen Pinball 2: Marvel’s Avengers: Age of Ultron, Zen Studios – £2.95 (€2.99)
Experience the events of the epic follow-up to the biggest Super Hero movie of all time. See the Avengers when they are put to the ultimate test as they battle to save the planet from destruction at the hands of the villainous Ultron.

3DS Download Software
* Bloo Kid 2, Winterworks – £3.49 (€3.99)
Bloo Kid 2 is a classic 2D retro-style platformer experience with lovely designed pixel-graphics and a full chiptune soundtrack. Run, jump and swim your way through five huge worlds with nine levels each. Master brutal boss fights and discover lots of secrets in the world of Bloo Kid 2. After rescuing his girlfriend from the hands of the evil wizard, Bloo Kid and Pink Girl enjoy life with their newborn “Pink Kid”. But then, a whole new adventure starts just out of the bloo…