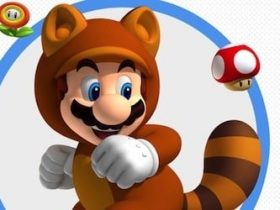 Arriving a day later than usual due to the long Easter weekend, this week’s Nintendo Download is now in for Europe.

Slightly lighter on new arrivals than usual, the big hitters this week see KnapNok Games place us in control of our own rickety UExplore craft in Affordable Space Adventures whereas The Pokémon Company’s free-to-start ambitions continue with Pokémon Rumble World.

Wii U Download Software
* Affordable Space Adventures, KnapNok Games – £16.99 (€18.99)
Affordable Space Adventures is a stealth puzzle spaceship simulator. Control your craft solo or in a crew of up to three players. The Wii U GamePad, acting as your Heads Down Display, gives you precise control over all the internal systems of the ship. You can tweak the thrusters, antigravity, stabiliser, decelerator and many more spaceship systems in order to successfully navigate a hostile planet and sneak past alien robots. You still deserve a robust and fail-safe spaceship while exploring space on a budget; so watch the heat gauges, engine stress and output meters in order to safely control your vessel. Explosions, engine shutdowns, blown fuses and implosions may still occur. In co-op mode, players must coordinate as a crew controlling the spaceship together; one will take the role of engineer, while another will be the pilot. A science officer can join the fun as well, taking control of the scanner, shooting flares and moving the flashlight on the ship. Experience the thrilling, spooky and beautiful world crafted and designed in collaboration with Swedish indie game developer “Nifflas”. There are two difficulty levels, Technical and Tourist, and you can play with your friends and control the ship together, or take on the challenge alone. A game that truly utilises the potential of the Wii U GamePad.

* Guac’ a Mole, Madskull Creations – £3.19 (€3.50)
Enjoy a beautifully hand-drawn visual style and retro-styled soundtrack. Protect a doomed planet from meteor attacks from above and mutant assaults from within by rotating the planet itself to survive and gain a high score.

3DS Download Software
* My Pet School 3D, Treva Entertainment – £24.99 (€29.99)
Reward your pets with tidbits, care lovingly for them and keep an eye on their statistics. Provide special training in obedience, road safety, family life and even let them become big movie stars! Enjoy different environments such as the city, sea and meadows while training or riding and exchange Play Coins for in-game currency, all the while expanding your pet school and your knowledge of animals.

* Pokémon Rumble World, The Pokémon Company – Free
Pokémon Rumble is a series of action games in which you control Toy Pokémon and this latest game in the series, Pokémon Rumble World, can be played for free. All 719 species of Pokémon that have been discovered as far as Pokémon Omega Ruby and Pokémon Alpha Sapphire, including Mega Evolved Pokémon, Primal Groudon and Primal Kyogre, can be collected. Try to collect them all! The game is set in Toy Kingdom. The player travels by blimp to various areas to embark on adventures and the areas you can travel to depends on the type of blimp you have. You can unlock new areas using Poké Diamonds to get new blimps and different types of Pokémon can be collected in different areas. As well as blimps, you can get other items by using Poké Diamonds which will help you progress through the game. You can get free items when you clear stages, as well as via StreetPass. There is also a shop in the town from which you can connect to Nintendo eShop and make purchases.

* Quell Memento, CIRCLE Entertainment – £3.19 (€3.99)
Forget the world. Fall in love with this enchanting Zen puzzler. Quell Memento is the sequel to the simple and easy to pick up puzzle game Quell Reflect, where new mechanics are introduced and mixed with the original ones. Set within an old abandoned house, you must restore order to the jumbled memories of the last occupant, and in doing so embark on a haunting journey of self-discovery and reflection. The game features over 150 cunningly crafted puzzles, a perfectly balanced difficulty curve, achievement challenges and a new soundtrack by composer Steven Cravis. Suitable for all ages, this is an experience that will stay with you long after you finish playing.