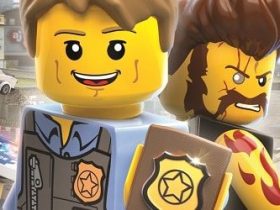 Nintendo of America have drilled down the latest content to become available in this week’s Nintendo Download.

The Wii U is treated to Adventures of Pip, Cube Blitz, Cube Life: Island Survival and The Stonecutter, while Virtual Console adds Pac-Attack.

Whereas Angry Video Game Nerd Adventures sees release on Nintendo 3DS, alongside Lord of Magna: Maiden Heaven. One surprise is Genterprise adding several titles in the G.G Series to the Nintendo DSiWare service, which has quietened down over the past few years.

Virtual Console (Wii U)
* Pac-Attack, Bandai Namco – $7.99
PAC-MAN makes an appearance outside of his familiar maze environment in Pac-Attack, a fun and quirky Super NES puzzle game. Keep your screen clear of falling blocks and ghosts by lining them up horizontally. Pac-Attack includes three game modes to choose from: 1P Normal, 2P Versus and the challenging 1P Puzzle.

Wii U Download Software
* Adventures of Pip, TicToc Games – $14.99
Adventures of Pip revitalizes the classic side-scrolling action platform genre. Digital underdog Pip proves that you can’t judge a hero by his size. During the game, Pip gains the ability to grow by absorbing pixels from his fallen foes, but Pip learns bigger is not always better.

* Cube Blitz, Wildcard Studios – $3.99
Cube Blitz is a physics based puzzle game that will test your skills using the GamePad. Your goal is to get all the gems to the bottom goal line while preventing all the stones, gems and industrial bricks from going over the foul line. You are equipped with 3 bombs and an area bomb that has to be used wisely. There are 4 play modes ranging from easy to very difficult that focuses on different play styles.

* Cube Life: Island Survival, Cypronia – $6.99
Cube Life: Island Survival is the first block building open-world survival game for the Wii U. Imagine being stranded on a beautiful deserted island… All of life’s necessities: Food, water, shelter – all of your everyday needs are now gone, and it’s up to you to survive. Cannibals and wild animals will not make it any easier on you. You’ll need to explore, build, and craft to stay alive.

* The Stonecutter, Brave Rock Games – $1.20
A poor stonecutter notices the lifestyles of those higher in the social hierarchy and wishes to become them. A spirit hears his plea and grants his wish. Despite having his wish granted, the stonecutter is still unsatisfied and wishes for more. He dreams to become more powerful by embodying the forces of nature. Decide the stonecutter’s fate by choosing what he should wish for!

* Lord of Magna: Maiden Heaven, XSEED Games – $39.99
Bowl over as many enemies as possible with a single strike in this new strategy RPG from the producer of Story of Seasons and Rune Factory. The unique “bowling” battle mechanic requires lining up melee, ranged and magical attacks so frontline enemies are knocked into others for maximum collateral damage.

Nintendo DSiWare
* G.G Series Altered Weapon, Genterprise Inc. – $1.99
Change from vehicle to robot and back while fending off enemy machines. Infiltrate deep into enemy robot factories. While in robot form use your jumping boost rocket to reach high places with the ability to angle your fire in different directions with your machine gun. When in vehicle mode, use the long range cannon to deal heavy damage from afar and high speed driving to jump across wide obstacles. Avoid enemy fire and collect health items throughout each stage to survive in order to defeat a powerful boss at the end of each stage. Unleash the power of the Altered Weapon!

* G.G Series Assault Buster, Genterprise Inc. – $1.99
You are the last defense against the assault of a robot army! Pit yourself against wave after wave of enemy forces while using your high speed boost maneuver to fly in 8 different directions to avoid fire with the goal of total enemy annihilation. Defeating any enemies on screen will decrease the “enemy potential” gauge which will give way to a powerful boss upon reaching zero. Keep an eye out for flying cargo boxes which will yield helpful items if destroyed. Hold your ground as the Assault Buster!

* G.G Series Black X Block, Genterprise Inc. – $1.99
Create a path to the goal gate found in each stage by taking, rotating and placing the black blocks found throughout each level to make a stairway-like path to your destination. Avoid falling on red blocks or getting caught under falling blocks while thinking your way through this intellectual puzzle game as the time limit counts down. If you can’t find a way, you can give up and start the stage over, but at a cost of one life. If all lives are lost, the game is over. Easy, Normal and Hard difficulty can be selected.

* G.G Series Cosmo Rally!!, Genterprise Inc. – $1.99
A tournament rally has been called for the top racers representing the far reaches of the galaxy. As a representative of Earth, choose from different types of Space Cars and compete against the past times of racers from the solar system, galaxy and beyond. Accelerate at break neck speed but avoid taking short cuts and stay on the Guide Beam track which leads you through the cosmos in a dash to the goal line. Aim to beat the record times of other racers and make it to top rank in each tournament cup!

* G.G Series Exciting River, Genterprise Inc. – $1.99
Time the L and R buttons to move the kayak. Be careful not to capsize or slow down by avoiding obstacles like driftwood, rocks or other kayaks throughout each course. Keep paddling too so your kayak is not carried away in areas of fast flowing water. If you can keep a good timing when rowing with the L and R buttons, you’ll be able to keep up your speed and pass other kayaks more easily. You can also collect charge items for your boost power which allows you to kayak at high speed and smash through any obstacles on the Exciting River!

* G.G Series Hero Puzzle, Genterprise Inc. – $1.99
Combining the elements of RPG and puzzle games, the player takes the role of the Hero to strive to combine falling icons together into three or more to attack foes. Unlock different kinds of icons and attacks after defeating enemies and take down powerful bosses awaiting at the end of each stage. If the situation is too dangerous, use your recovery item to destroy all enemy icons on screen. Using your puzzle, make your way to the end of your quest and rid the realm of evil!

* G.G Series The Spiky Blowfish!!, Genterprise Inc. – $1.99
Take control of the Blowfish and proceed throughout the depths of the ocean. Be careful to avoid the many fish and other dangers you’ll encounter on your quest in the deep. Use your Puffer attack to prevent yourself from sinking and to defeat enemies who are close by, and your Spike shot to hit targets that are further away. Swim carefully but don’t let the time run out before you reach the goal at the end of each stage. Every few stages a large boss lurks in wait, so conserve your health and collect hearts whenever you can on your adventure as the Spiky Blowfish!