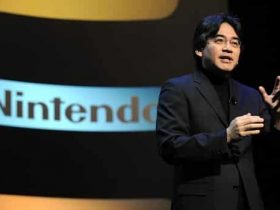 Iwata: No plans for Wii U price cut

Wii U’s Virtual Console also welcomes Castlevania: Circle of the Moon, whereas Hörberg Productions take us on another adventure in the wild west with Gunman Clive 2 on Nintendo 3DS. Young Link and Tingle prepare to fight back hordes in Hyrule Warriors with the Majora’s Mask Pack, while Rock ‘N Racing Off Road, Best of Arcade Games and Best of Board Games round off the other new additions.

Virtual Console (Wii U)
* Castlevania: Circle of the Moon, Konami – £6.29 (€6.99)
Dracula is rising once again. At the full moon, the resurrection will be complete! As vampire slayer Nathan Graves, you must storm Dracula’s castle in time to save your mentor before his life force is used to restore the Count’s. In this, the first Castlevania for Game Boy Advance, defeat monstrous enemies and giant bosses, and gain experience points and special abilities to help explore new areas. Combine action and attribute cards to create more than 80 unique magic spells; from fire whips to ice blizzards. Can you whip Dracula into shape?

Wii U Download Software
* Metroid Prime Trilogy, Nintendo – £8.99 until 5th February 2015, normally £17.99 (€19.99)
Metroid Prime Trilogy gives players the opportunity to experience the entire Metroid Prime story arc by bringing together critically acclaimed Nintendo GameCube titles Metroid Prime and Metroid Prime 2: Echoes, as well as the hit conclusion to the series, Metroid Prime 3: Corruption, in spectacular style. Now you can return to – or discover for the first time – the rich universe of the Prime trilogy every step of the way. Immerse yourself in Samus’ struggle against the Space Pirates as she encounters the all-consuming, corrupting substance called Phazon. Discover the history of the Chozo Ruins and the mysteries of Tallon IV, retrieve the Light of Aether and take on the might of the shape-shifting Ing, search and destroy the Leviathan Seeds and bring the curtain down on your bitter struggle with Dark Samus. Scanning your surroundings will enable you to piece together the mysteries of ravaged worlds, while using the full range of capabilities offered by Samus’ armoured suit will help you to find new areas hidden from view and solve difficult puzzles as you upgrade and expand your arsenal along the way. The entire trilogy can now be controlled using the Wii Remote and Nunchuk to take aim at a huge array of alien enemies and interact with the richly-detailed surroundings. Originally created for Metroid Prime 3: Corruption on Wii, the intuitive pointer-based control scheme makes the process of delving into the darkest corners of the galaxy more immersive than ever. Just point your Wii Remote at the screen to aim at enemies and adjust Samus’ outlook; moving and firing with ease as you battle to save the solar system, one enigmatic planet at a time.

* Rock ‘N Racing Off Road, EnjoyUp Games – £5.39 (€5.99), or £4.49 (€4.99) if you have downloaded Abyss, 99seconds, Unepic, Rock Zombie, 99 Moves or Spy Chameleon on the same Wii U.
Get ready to enjoy Off Road races with your friends and family! Rock ‘N Racing Off Road offers the most entertaining and exciting races, with loads of skids, crashes and amazing jumps. You will have several modes of play, such as Cup mode, time trial and multi-player with the option of up to 5 Players at a time, as well as an online ranking table where you can compare your best times with friends and players from around the world.

3DS Download Software
* Best of Arcade Games, Bigben Interactive – £19.99 (€24.99)
Rediscover 4 timeless classics in this scintillating compilation! Whether you’re a beginner or a professional, you’ll enjoy these classics, not only with their traditional rules but also with brand new game modes. Check the game rules at any time and test your abilities in Adventure Mode with lots of challenges to take up!

* Best of Board Games, Bigben Interactive – £19.99 (€24.99)
Chess, Mah-jong, Solitaire: rediscover 3 timeless classics in this scintillating compilation! Whether you’re a beginner or a professional, you’ll enjoy these classics, not only with their traditional rules but also with brand new game modes. Check the game rules at any time and test your abilities in Adventure Mode with lots of challenges to take up!

* Gunman Clive 2, Horberg Productions – £2.50 (€2.99)
Gunman Clive returns in an all new adventure. Now in colour! After rescuing Ms Johnson, Gunman Clive returns to again find the town under attack by bandits. To stop them once and for all he must chase after their leader; an adventure that takes him all the way around the world, facing bigger and deadlier enemies than ever before. Gunman Clive 2 retains the same classic gameplay formula, but dials the action up a notch further, with improved and more colourful graphics, more dynamic levels and richer, more diverse environments, bigger bosses and tons of new enemies.