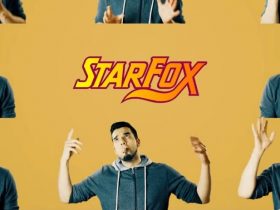 Splatoon merrily splatters in this week’s Nintendo Download, leading the charge in an otherwise busy week.

Virtual Console (Wii U)
* Flying Warriors, Culture Brain – £3.49 (€4.99)
In Culture Brain’s classic platform adventure, you are Rick Stalker, a kung-fu master who must defeat the Tusk Warriors – evil soldiers who want to resurrect the demon lord Demonyx! In the main single player game, battle through side-scrolling stages in Journey Mode, and fight enemies in the one-on-one Battle Mode. Transform into a Flying Warrior to use magic spells, or switch to an ally when the going gets tough. Alternatively, try Tournament Mode for up to eight players to challenge each other’s combat skills. This is the US version of the game.

* Little Ninja Brothers, Culture Brain – £3.49 (€4.99)
Little Ninja Brothers is the second in a series from Kung-Fu Heroes developer Culture Brain. Join Jack and Ryu on an adventure with action and role-playing elements, as you defeat the Yoma Clan and bring peace to Chinaland. Journey across the land – exploring cities and building up your items and weapons by visiting shops – and battle any enemies you encounter with hand-to-hand combat. Invite a friend along to share the skirmishes in two-player mode, and take a break from adventuring with various sporting events. This is the US version of the game.

Wii U Download Demo
* SDK Paint, Hullbreach Studios – Free
SDK Paint takes a unique approach to Wii U artwork creation, by stacking five layers onto the artwork canvas. Each layer can independently be utilized to create the next masterpiece. By combining the artistic modes (Normal Paint, Noisy Paint, Smudge, and Spraycan), the numerous filters (Blur, Negate, Lighten, Darken, etc.), the shaders (Pattern Fill, Flood Fill, Texture, etc.), and the tools (Gridlines, Stencils, Drag, Swap, etc.), the possibilities of what the stylus can paint onto the canvas are endless. Don’t worry if you make a mistake, ten levels of Undo will help with that! If the artwork needs fine precision then just zoom the canvas. A large colour palette, with dragging support, lets artists easily choose exactly the colour desired, and a Dropper tool makes identifying previous colours a simple task. The features don’t end with just painting, either. How does the artwork look on a wall? Explore the retro 3D Galleries to see all 18 paintings framed on the walls. Is the artwork ready show off? Jump into the Sharing area and prepare it for either 2D or anaglyph 3D (special glasses required – SDK Paint supports 3D viewing by use of anaglyph 3D glasses. While, these are not required, they do enhance the experience.) posting of screenshots to Miiverse. Show the world your inner artist.

Wii U Download Software
* High Strangeness, Midnight City – £8.99 (€9.99)
High Strangeness is a hybrid of 8 and 16 bit games – a 12 bit adventure. The inspiration of the game comes from many Action-Adventure and RPG games of yesteryear. The game’s core ability is to switch between 8 and 16 bit worlds and the player uses their generational differences to solve puzzles and explore the universe. Throughout the game your pixel art perspective of the world will be infused with visions of watercolour illustrations that shed some light on your mysterious surroundings. The chiptune soundtrack by Dino Lionetti and Rich Vreeland backs up the aesthetic of the world and sets the mood for strange happenings.

* Splatoon, Nintendo – £31.49 (€35.99) until 4th June 2015 for those that have downloaded the Splatoon Global Testfire on the same Wii U, normally £34.99 (€39.99)
It’s splat or be splatted! Take to the turf for a brand new kind of battle in Splatoon, only on Wii U. Go up against players from around the globe in thrilling 4-vs-4 online multiplayer matches, where your teamwork and tactics need to be as sharp as your shooting. Take control of an Inkling, a unique species capable of switching between human and squid forms, in this distinctive action shooter.

3DS Download Software
* Fossil Fighters Frontier, Nintendo – £34.99 (€39.99)
Dig into Fossil Fighters Frontier! In this exciting RPG, play as a young Fossil Warden protecting precious Fossil Parks across the world from a cruel villain, Dr. Baron von Blackraven, who is intent on ruling the world using the power of Vivosaurs – extra powerful and extra colourful dinosaurs! Awaiting you in-game will be a huge 3D world with hidden riches to discover while travelling around in your customisable Bone Buggy vehicle. Track down precious fossils, excavate them, before watching them revive into Vivosaurs. You can then send these Vivosaurs – of which there are over 80 to discover in-game – into turn-based battles to take on your enemies.