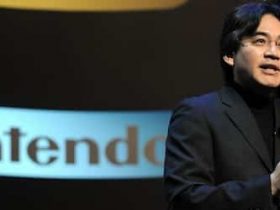 Virtual Console (Wii U)
* Cybernator, Konami – £5.49 (€7.99)
In the near future, nations fight over dwindling resources. As Jake, soldier for the Pacific States, you must lead a deadly mission with your Cybernator Assault Suit through seven stages of run-and-gun action. As you progress, power up your weapons like the Vulcan cannon, punch and missiles. Each level has new objectives that may require your suit’s special abilities like roller-dash and flying modes. Cybernator is shoot ’em up action on an epic scale with set pieces that could belong in a blockbuster sci-fi movie! This is the US version of the game.

* Pac-Attack, Bandai Namco Games – £5.49 (€7.99)
Pac-Man made his puzzle game debut in the pulse-pounding Pac-Attack. This quirky, fast-paced Super Nintendo puzzler tasks you with keeping the screen clear of falling blocks and ghosts, and Pac-Man well-fed! Every so often Pac-Man will appear, and will move across and down the screen; so you must get the ghosts lined up for him to munch. He will keep eating ghosts until he hits a dead end, so you need to plan quickly and carefully to clear all the ghosts. There are three game modes to choose from: 1 Player Normal Game, 2 Player VS Game and the challenging 1 Player Puzzle Game. This is the US version of the game.

Wii U Download Software
* SDK Paint, Hullbreach Studios – £3.99 (€4.49)
SDK Paint takes a unique approach to Wii U artwork creation, by stacking five layers onto the artwork canvas. Each layer can be utilised independently to create the next masterpiece. By combining the artistic modes (Normal Paint, Noisy Paint, Smudge, and Spraycan), the numerous filters (Blur, Negate, Lighten, Darken, etc.), the shaders (Pattern Fill, Flood Fill, Texture, etc.), and the tools (Gridlines, Stencils, Drag, Swap, etc.), possibilities of what the stylus can paint onto the canvas are endless. Oops, a mistake… Ten levels of Undo will help with that! The artwork needs fine precision? Just zoom the canvas! A large colour palette, with dragging support, lets artists easily choose exactly the colour desired, and a Dropper tool makes identifying previous colours a simple task. The features don’t just end with painting, either! How does the artwork look on a wall? Explore the retro 3D Galleries to see all 18 paintings framed on the walls. Is the artwork ready to show off? Jump into the Sharing area and prepare it for either 2D or anaglyph 3D (special glasses required) posting of screenshots to Miiverse. Show the world your inner artist. SDK Paint supports 3D viewing by use of anaglyph 3D glasses. While these are not required, they do enhance the experience.

* Kirby Sweet Gourmet Race, Nintendo – £1.79 (€1.99)
It looks like Kirby will swallow the software logo in this theme! You can also find familiar sweets, music and sounds.

* Smiling Kirby, Nintendo – £1.79 (€1.99)
A large Kirby smiles above, and items from the series appear below, with music and Kirby’s voice in the background!

3DS Download Software
* Best of Arcade Games – Tetraminos, Bigben Interactive – £8.99 (€9.99)
Rediscover a timeless puzzle classic with Tetraminos! Become a Tetraminos pro over 50 levels with increasing difficulty. Find the best place for your pieces and eliminate as many lines as possible in one go. Earn points to unlock bonuses that can be used at any time: bombs, piece storage… Discover the new Real Gravity game mode and build the highest Tetraminos tower possible before it collapses!

* Titan Attacks!, Curve Digital – £7.99 (€9.99)
Single-handedly turn back the evil invading Titan army! Drive back the aliens across the Solar System, and finally defeat them on their home world in this modern remix of classic arcade shoot ’em ‘ups. Titan Attacks! has the same easy-to-learn but hard-to-master gameplay of classic arcade shooters, but is packed full of new features, new strategies, and stylish neo-retro visuals. BATTLE swarms of alien fighters, bombers and giant boss motherships over 5 unique worlds and 100 levels of frantic action! FIGHT the Titan Invasion across the Earth, the Moon, Mars, Saturn and finally Titan itself! EARN bounty money and upgrade your ship with new weapons and powers! DESTROY falling wrecks, dodge hurtling asteroids and capture escaping aliens – or blast them from the skies! WIN prizes in sharp-shooter challenge stages and compete with other players for a place on the online leaderboards!

* Zombie Incident, Coderchild – £1.99 (€1.99)
Hamartia, the great citadel, became the symbol of human sin. After centuries of excesses its penance was going to come. In the darkness of the night, chaos invaded everything. Beasts started to scream. Nothing was like before! No one sane would go to that place. Join our heroine to explore the citadel, find the eight golden stars, and run away from there!