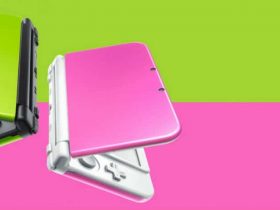 Virtual Console (Wii U)
* Paper Mario, Nintendo – £8.99 (€9.99)
Mario may be two-dimensional but this adventure is anything but thin! Paper Mario brilliantly blends the heroic plumber’s platform antics with a hilarious role-playing quest full of offbeat characters and wacky challenges. Embark on an epic journey through the Mushroom Kingdom to release the Star Spirits imprisoned by a power-hungry Bowser. Along the way you’ll fight enemies in entertaining turn-based battles, team up with a variety of uniquely skilled partners, discover secret minigames, and even bake a cake!

This is the European version of the game, which was originally optimised by the developer to play music at a speed similar to the US version. Gameplay, demos and animations run at PAL speed. The aspect ratio has been corrected for this release.

Wii U Download Demo
* Shiny The Firefly, Padaone Game – Free
This adorable game, set in the middle of a picturesque garden, has you helping Shiny, the cute little firefly, to find his babies. You’ll have to fly, run, hide and defend yourself against a legion of enemies. Stubborn mosquitoes, hungry toads, mischievous plants, sneaky wasps, endlessly long centipedes and lots of other little, dangerous garden dwellers are going to get in your way and make your life difficult. Your reflexes will be tested, as well as your wit and intellect as you navigate through this beautiful, colourful world helping Shiny in his search. All kinds of different animations let you know how Shiny’s feeling. So you’ll always know if he’s feeling happy, concerned, tired or angry which will help you solve the trickiest situations in the game. Use your ability to shine skilfully: the babies can only follow Shiny when he is lit up, but that also makes him visible to his enemies… Can you reunite Shiny with his family?

Wii U Download Software
* Baila Latino, O2 Games – £24.90 (€29.90)
A dance game that will bring so much fun to all of your family and friends! American Latin music is suitable for all ages and makes both children and adults alike dance, creating an atmosphere of great amusement in front of the TV. Twenty hit songs have been hand-selected by O2 GAMES and the game has been created with the choreography of professional dancers Carlo Romano and Vera Sokolova, from the prestigious “Carolyn Smith Dance Academy”. You can play alone or with up to three friends at the same time. Lyrics of the song that is playing will appear on the Wii U GamePad so others can sing along while you’re dancing.

* Kirby’s Epic Yarn, Nintendo – £13.49 (€14.99) until 28th May 2015, normally £17.99 (€19.99)
Kirby’s first console platform game since the Nintendo 64 days introduces an amazing new look based on animated yarn and a world of cloth and textiles. The creative approach is woven directly into the gameplay and allows the ever-morphing Kirby to take on a variety of new forms. It’s a one-of-a-kind platformer that lets players explore high and low for hidden objects and fun adventure.

* Swords & Soldiers II, Ronimo Games – £16.99 (€18.99)
Sharpen your beard and groom your Axe! The 2D strategy hit is back, exclusively for Wii U! The all-new Swords & Soldiers II is filled to the brim with gorgeous hand-animated artwork, endless replayability and heaps of good old fun! Command the rowdy Vikings, ingenious Persians and infernal Demons as you conquer the epic campaign or face off with your friends in local multiplayer! Join Chief Redbeard as he explores a beautiful new world and gets dragged into a globe-spanning evil plot involving a mysterious lamp, lots of roasted sheep and some delicious hot sauce. Every skirmish along the way will present a fresh challenge, so if you want to win this war you’ll have to devise devious tactics using an ever-growing arsenal of powerful units and earth-shaking spells. Master the chill of the army-freezing Snowstorm, the dread of the skeleton-raising Crypt and the surprise of the invisible Desert Stalker to rule the world, in Swords &
Soldiers II!

3DS Download Demo
* Adventure Bar Story, CIRCLE Entertainment – Free
Adventure Bar Story is an RPG set in a fantasy world in which you go on adventures with party members and manage a bar. Your bar is facing a hostile take-over by a rich restaurant owner – Gustav. Gustav is a powerful man and he will try to drive you out of business and force you to sell the bar! Best way to defend the take over? WIN THE CROWD! Become the most popular bar in town, so even Gustav can’t touch you! Collect ingredients to make dishes by visiting other towns and dungeons. Levels are gained in this game by eating. Raise your bar’s rank via sales at the bar and by performing well in the cooking contest held at the castle. Raising your bar’s rank advances the story and allows you to visit new towns and dungeons. Work hard to become the top place to eat in the kingdom!