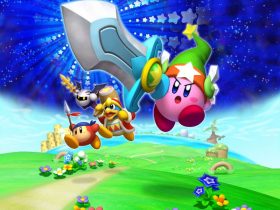 Nintendo want to know what your dream Super Ability would be!

As with Europe, Wii U exclusive Mario Party 10 leads this week’s Nintendo Download for North America.

Virtual Console (Wii U)
* Klonoa 2: Dream Champ Tournament, Bandai Namco – $6.99
In this Game Boy Advance platformer, guide Klonoa through five worlds that make up the Dream Champ Tournament. Complete each world by eliminating fellow contestants and collecting magical items. Use the Wind Bullet to draw in enemies, using them either as a jumping boost or a projectile against other foes.

Wii U Download Software
* Mario Party 10, Nintendo – $49.99
Crash the party as bad guy Bowser in Mario Party 10. Challenge and tease your friends in three great party games in one. Be the bad guy in the new Bowser Party mode to playfully antagonize your buddies. Play with at least one compatible amiibo to unlock the inventive amiibo Party mode. And have an all-around blast!

* Elliot Quest, PlayEveryWare Games – $12.99
Elliot Quest from PlayEveryWare and Ansimuz Games is an 8-bit retro adventure/RPG that follows a hero on a quest to cure his curse of immortality. Explore Urele Island to uncover its secrets and discover powerful weapons as you search for an ancient demon.

* Pentapuzzle, – TBC
Introducing Pentapuzzle. This is an exciting and challenging game of shapes. You must solve each puzzle by twisting and turning pieces of blocks to fit the desired space. Over 70 levels to explore with varying degrees of difficulty.

* Super Destronaut, Petite Games – $1.99
Fight again waves of invaders in this arcade space shooter and collect power-ups to increase your fire power. Try to beat your high-score in Classic or Time Attack mode or challenge your friend in Multiplayer mode. If you like classic arcade shooters then you will love Super Destronaut.

3DS Download Software
* Fossil Fighters: Frontier, Nintendo – $29.99
Buckle up for a wild ride across a fully 3D world in your own custom vehicle. While exploring the unknown, you’ll discover fossils to dig up and bring to life as vivosaurs. You can then pit these prehistoric beasts against other vivosaurs in massive reptile rumbles. Deck out your ride with digging and battle tools, and then set out on an adventure of prehistoric proportions!

* Iron Combat: War in the Air, Teyon – $6.99
The skies of future Earth are endless battlefields and you have volunteered to become a living weapon, the last hope to vanquish an evil corporation bent on enslaving mankind. Chase in the air as a sophisticated fighter aircraft, then transform into a hi-tech mecha to finish off the enemy.

* Navy Commander, Bigben Interactive – $10
At the helm of your fleet, use your firepower and secret weapons to sink the enemy navy before it finds all of your ships. React quickly and adapt your tactics to become the master of the seas. The classic board game revisited, with exclusive animations and bonuses that give the game a whole new dimension. 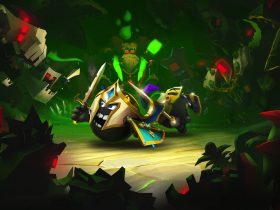