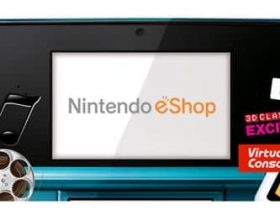 This week’s Nintendo Download for North America is a busy one, introducing two new special offers as the Throwback Sale and Super Indie Connection Sale #2 kick in.

Throwback Sale
Generations of fun come together as we pair classic games from past Nintendo systems with their newer siblings on Wii U and Nintendo 3DS. Going on now until 5th February 2015, Nintendo will offer weekly discounts on select game pairings like Super Mario Galaxy 2 and Super Mario 3D World. Buy one or buy both games in each pairing – either way, you’ll get great savings during the sale. More details are available here.

Virtual Console (Wii U)
* Street Fighter 2010: The Final Fight, Capcom – $4.99
In this NES classic, Ken has retired from his glory days in the Street Fighter world, but he must return to his roots when he finds his friend missing. Jump, climb and fight past monstrous enemies as Ken teleports across the galaxy to set things right.

* uWordsmith, Chudchud Industries – $1.99
uWordsmith is the ultimate two-screen word puzzle game for the Wii U console! Unique gameplay features photos on the TV you must spell by dragging and arranging letter blocks on the Wii U GamePad. Hundreds of items and a variety of modes will keep you and your friends hooked on this exclusive title available on the Nintendo eShop!

3DS Download Demo
* Asterix The Mansions of the Gods, Bigben Interactive – Free
Play as Asterix, Obelix and Dogmatix in a wild series of adventures inspired by the cult comic book. Roam freely through the Gaulish village, hunt wild boar, save the forest from Roman invaders and don’t forget to brew up enough magic potion to ensure victory, by Toutatis!

3DS Download Software
* 3D After Burner II, SEGA – $5.99
3D After Burner II is a remastered version of the arcade classic. Pilot your F-14D fighter through enemy territory while blasting away squadrons of enemy fighters.

* Best of Mahjong, Cosmigo – $2.99
Best of Mahjong features 404 layouts of the traditional tile-matching game in 3D, each with millions of different shuffles to play. The game’s style and interface has been designed for easy and intuitive operation with the stylus or Control Pad. The graphics can be customized with fabulous tile-sets and backgrounds.

* Soccer Up Online, EnjoyUp Games – $3.99
Soccer Up Online is a funny soccer game that allows you total control of any action of your team players: Control the ball, dribble and shoot with effect to confuse the goalkeeper and score a goal!

* Space Lift Danger Panic!, Springloaded – $2.99
The Ceranthian’s have been using their space lift to travel between the surface of their home planet and low orbit, where they go about their daily work. A series of attacks on their planet have culminated with the unleashing of a space weapon inside the lift putting all the travellers in deadly peril.

* Quell Memento, CIRCLE Entertainment – $3.99
Forget the world. Fall in love with this enchanting zen puzzler. Quell Memento is the sequel of the simple and easy to pick up puzzle game Quell Reflect. More mechanics are introduced and will be mixed with its’ former ones.

* WRC Official Game of the FIA World Rally Championship, Bigben Interactive – $34.99
From icy roads in Sweden to desert sand in Mexico, experience the World Rally Championship for the first time on Nintendo 3DS. Test your precision and speed on over 60 Super Special Stages drawn from the official courses of the 2014-2015 season! 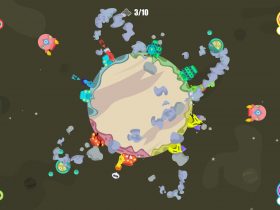 Protect The Galaxy In Cosmic Defenders On Nintendo Switch This Week