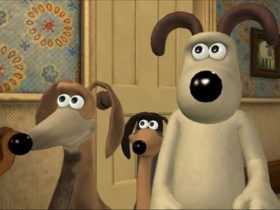 Set to be a Wii blockbuster for September, Metroid series reboot ‘Other M’ was met with a largely positive reaction from critics and fans of the series, yet has still failed to have the impact in sales that Nintendo were expecting. The reasons as to why, however, are continually perplexing to Nintendo of America CEO and President Reggie Fils-Aime.

“We believe that it could be, should be a million unit title,” Fils-Aime commented to Kotaku. “We’re not going to get there, not through the holiday. And we are doing a lot of thinking as to why. Because it’s a great game. The consumer reaction because of the quality has been strong. We’re doing a lot of thinking about why we didn’t get there. I think the marketing was strong, advertising was very good, the social media we did was very positive.”

Yet despite such strength, the title is only “getting close to half a million” copies sold across North America. It isn’t necessarily a bad figure, but no where near predicted sales figures for the reboot of the Metroid series. So, what went wrong? Fils-Aime refuses to criticise or single out issues, yet he is award of the feedback from fans.

“First off, [I have] nothing but the greatest respect for the development team,” Fils-Aime explained. “Mr. Sakamoto [co-creator of Metroid] did a wonderful job. His partnership with us in promoting the game was stellar. Team Ninja [is] absolutely fabulous. I’m not going to sit here and criticize a style of the game, but have I read the same feedback that said, broadly, that the portrayal of Samus felt different than how the player in the past had internalized the character? I’ve heard and read the same feedback. Do I think it’s warranted or not? I’m not quite sure yet… I don’t yet believe that that is the driving factor to the performance of the game.”

However, it remains to be seen as to how Nintendo can aim to stimulate more series for the long-standing franchise. What are your thoughts?