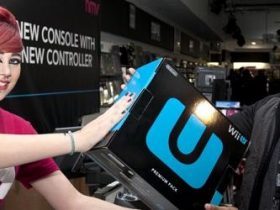 White Wii U Basic Pack not being recalled in UK

The launch of Nintendo’s Wii Vitality Sensor has been placed as pending, according to global president Satoru Iwata.

First announced during the company’s E3 2009 media briefing, news has been relatively quiet since which has irked shareholder confidence.

“The Wii Vitality Sensor was under development as an accessory for Wii. We thought it would be interesting to understand how the human autonomic nerve functions while using the Wii Vitality Sensor, and we did develop trial software and showed the media some of its features,” Iwata began, in an extensive discussion with shareholders.

He continued, “We pushed forward its development on the academic assumption that by observing the wave patterns of the human pulse, we could quantify how tense or relaxed a person is, or to be more specific, how much the sympathetic and parasympathetic nerves work as functions of the autonomic nerve. However, after a large-scale test of a prototype inside the company, we found out that for some people the sensor did not work as expected.

“We wondered if we should commercialise a product which works as expected for 90 people out of 100, but not so for the other 10 people. Though I am sorry that we did not give any specific updates after this product’s initial announcement, I would say that knowing that a product has a problem we should not launch it for the sole reason that we have already announced it.

“The Wii Vitality Sensor is an interesting device, and we did various experiments to see what is possible when it was combined with a video game. But, as a result, we have not been able to launch it as a commercial product because we could not get it to work as we expected and it was of narrower application than we had originally thought.”

Whilst Nintendo aren’t ready to put the Wii Vitality Sensor to market, they aren’t necessarily discounting that they wouldn’t release it in future if they could improve the technology.

“We would like to launch it into the market if technology advancements enable 999 of 1,000 people to use it without any problems, not only 90 out of 100 people. I actually think that it must be 1,000 of 1,000 people, but (since we use the living body signal with individual differences) it is a little bit of a stretch to make it applicable to every single person,” Iwata explains.

“In any case, its launch has been pending because we decided that the Wii Vitality Sensor’s current result is insufficient as a commercial product. You might be anxious that there will be other launch cancellations of products we have already announced.

“Indeed, it is difficult to decide the time to announce a product. If we announce a new product just before the launch date, we may hear some fans say that they cannot purchase it because the announcement was so sudden. However, if we provide too much information well before the launch date, people will become so used to hearing about it that they may even feel as if they have already played it and experience déjà vu when we finally do launch it.

“In this way, I believe that the timing of new product announcements is a difficult issue. For example, we discuss, ‘For this product, we should announce its launch at such time,’ or ‘It is a good time to explain a little far-off future of Wii U’ depending on the type of product and the profile of its target consumers. Though we should obviously do our best to fulfill the promises we make, we consider that we should announce a new product when we come to a stage where there will be minimal change to the contents of the announcement in the future.

“The reason for this is that it would ruin the trust of our consumers if we ignore the quality finish or launch an incomplete product only to adhere to the announced launch date. I hope you can understand that there is a possibility that we will postpone the launch of a new product or put it in a pending state if we determine that it does not meet the quality standards that we require.”