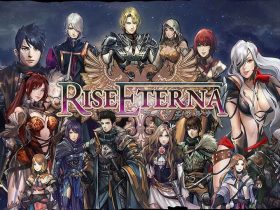 Nintendo Direct is back. Nintendo has announced that it will broadcast a special presentation that covers Nintendo Switch and Nintendo 3DS releases this week.

The Nintendo Direct will air on Wednesday 12th April at 6pm ET (11pm BST) and will be “focused mainly on ARMS and Splatoon 2.” That’s presumably so that Nintendo can save their important announcements for E3 2017 – which takes place at the Los Angeles Convention Center between Tuesday 13th – Thursday 15th June.

After the Splatoon 2 Global Testfire we can expect Nintendo to lift the curtain further on the ink-based sequel, while we haven’t really learnt more about ARMS since it was revealed at the Nintendo Switch Presentation 2017.

For Nintendo 3DS, we imagine that Fire Emblem Echoes: Shadows of Valentia and Ever Oasis will be shown, as well as some other surprises to maintain consumer interest in the trusty handheld.

Aside from that there could be news on the three rumoured Link amiibo, and, we hope, plans for the Virtual Console service on Nintendo Switch.