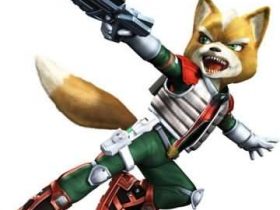 Update: Nintendo UK have confirmed that the Nintendo Direct will air at 3pm BST as expected, with Nintendo’s Satoru Iwata and Nintendo of Europe’s Satoru Shibata presenting.

Original story: Prepare yourselves for another Nintendo Direct tomorrow, as the company is set to beam news related to Wii U and Nintendo 3DS releases throughout the remainder of the year directly into your transfixed eyes.

Once again viewable through the normal channels, as of yet it has only been confirmed for North America – being broadcast on October 1st at 7am PDT/10am EDT.

Whilst that equates to 3pm BST (4pm CET) for those in Europe, we’ll keep you posted once the region sees an official announcement.

With this year’s releases seeing a focus, you can expect to learn more about Super Mario 3D World, Donkey Kong Country: Tropical Freeze, and Sonic Lost World on Wii U, and The Legend of Zelda: A Link Between Worlds, Pokémon X and Y, and Professor Layton and the Azran Legacy.