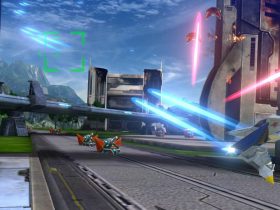 With the Wii U failing to pick up enough steam and the 3DS not doing as well as its predecessor, Nintendo have often found themselves told to develop for smartphones by analysts, the media and even investors, on occasion.

Nintendo of America president Reggie Fils-Aime has once against rebuked such opinion, explaining that it “is not a proposition that makes a lot of sense” for the company, instead pooling their resources to deliver a “better gameplay experience” through using their own hardware.

“The fact of the matter is, we create systems that have buttons, that you interact with in a variety of different ways, because it makes for a better gameplay experience,” Fils-Aime explained on GT.TV.

“That’s the primary reason why for us this is not a proposition that makes a lot of sense. Now, separately, we could talk about all of the financial and profit reasons not to do that, but, for the player, in the end it’s just not as good an experience.”