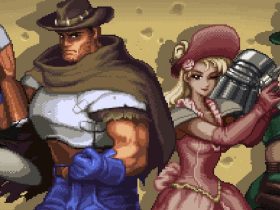 Nintendo has broken down the Versus, Local and Online Multiplayer modes in ARMS, showing the many ways that you can spend your time in the Nintendo Switch exclusive.

That has revealed that 10 Nintendo Switch consoles can be connected in the same lobby online in Party Match, meaning that 20 players can potentially take each other on in a tournament.

There are also more lighthearted modes such as V-Ball, Hoops, Skillshot and 1-on-100 to have fun with, between pummelling your opponents into submission.