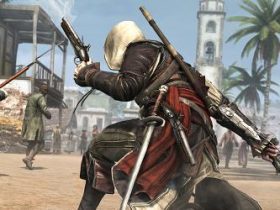 During the latest Iwata Asks column, to coincide with the North American release of Kirby’s Return to Dreamland, HAL Laboratory have lifted the lid on three Kirby projects that were cancelled before the studio finally settled on Kirby’s Adventure.

Each were all planned for the GameCube, with the first canned project shown briefly at E3 2005.

“It was a Kirby game based on the concept of four-person simultaneous gameplay,” series producer Shigefumi Kawase dicussed. “That was when I learned how difficult it is to make a game that is both multiplayer and single-player.”

He continued to add that the second unfinished title was “an experiment with extremely challenging gameplay that placed Kirby in 3D space and allowed players to freely move around. Unfortunately, we weren’t able to achieve the quality we hoped for and it never reached completion.”

As for the third, the company aimed to create a simpler 2D platform title although it was never completed.


“The third one involved an animated Kirby sort of like a pop-up book. We renewed the Copy Abilities, and tried to power it up. We spent 11 years… making and abandoning these three games”, Kawase explains. “For 11 years, we wanted to deliver a Kirby game to the fans, and I’m terribly sorry that we couldn’t. A lot of people at the company were frustrated as well, but this time we properly completed the game. HAL Laboratory will continue to challenge itself. I want to release many more Kirby games.”

Kirby’s Adventure Wii, which is due to release in Europe on November 25th, is HAL Laboratory’s first Kirby game to hit a home console since they created Kirby 64: The Crystal Shards back in 2000.