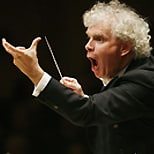 Nintendo of America have detailed their early 2012 release schedule for Wii.

The list confirms release dates for Rhythm Heaven Fever, PokéPark 2: Wonders Beyond and Mario Party 9, although one glaring omission is Xenoblade Chronicles which is due to release in April.

Remember you can also can view the Nintendo 3DS and Nintendo DS release schedules too.

The list of forthcoming Wii titles is as follows: