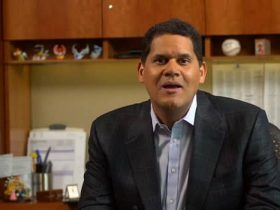 Fils-Aime: Holiday season “more important to Nintendo” than their competitors

After reporting successive financial losses, Nintendo have today revealed that they have returned to operating profit in their latest quarterly earnings report.

Analysts had predicted that the company were to record a 3.7 billion yen loss (£21.2 million) between July – September, but instead they have reported 9.3 billion million yen (£53.2m) operating profit. That’s in stark comparison to the same quarter last year, when the company made an 18 billion yen (£103.1m) operating loss.

Earnings were boosted by a weaker yen which countered slow sales, although exchange gains allowed net profit within the financial year to make such a significant jump. For the fiscal year they are still at 0.22 billion yen (£1.26m) operating loss, although the company is determined to achieve operating profit of 40 billion yen (£229.2m) for the year by March 2015. Such a turnaround is important after last year’s 46.4 billion yen (£265.8m) loss.

Nintendo have struggled to make their mark with the Wii U in the wake of competition from not only Sony and Microsoft’s PlayStation 4 and Xbox One, but the continual dominance of the smartphone market. A successful showing at E3 2014 has proved the turning point this year, with the company noting that attitudes are shifting toward Wii U.