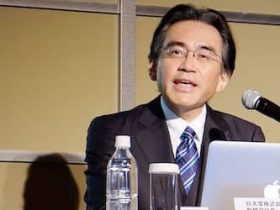 Nintendo has defended the capability of the Wii U, having been asked as to why the console’s architecture is too heavily focused on the GPU.

Such question was aired during Nintendo’s third quarter results briefing and was soon tackled by Genyo Takedo, Nintendo’s general manager of their integrated research and development division.

“I don’t want to talk about anything too technical, but in my view, Wii U is a console with low power consumption and has fairly high performance,” Takeda began, responding to an investor query. “Regarding your comment that we focus on the GPU and that the CPU is a little poor, we have a different view. It depends on how to evaluate a processing unit.

“In terms of die size (area a chip occupies), the GPU certainly occupies a much larger space than the CPU. As you can see CPUs used for the latest PCs and servers, however, it is usual for current CPUs that the logic part for actual calculations is really small and that the cache memory called SRAM around it covers a large area.

“From this angle, we don’t think that the performance of the Wii U’s CPU is worse than that of the GPU. In other words, we have taken a so-called ‘memory-intensified’ design approach for the Wii U hardware. It is no use saying much about hardware which should remain in the background in our entertainment offerings, but at least we think that Wii U performs pretty well.

“In regard to GPUs, they are so advanced that other companies in the video game market seem to be on the same path. Developers have also been accustomed to programmable shaders to create games. In this sense, we think that the entire industry, including Nintendo, has had less trouble in this field than in the time when shaders were emerging.”