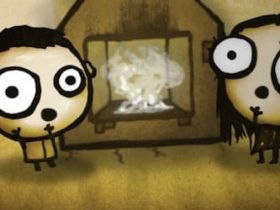 Rather than porting games to such devices, this team has been tasked with “creating stronger ties with consumers” through designing applications that will attract attention and communicate the value of the company’s hardware and software.

“Many people say that releasing Nintendo’s software assets for smart devices would expand our business. However, we believe that we cannot show our strength as an integrated hardware-software business in this field, and therefore it would difficult to continue the same scale of business in the medium- to long term,” Iwata discussed.

He continued, “As we know that this is not an easy task to achieve, we will use a small, select team of developers to achieve it. Also, we recognise that attracting consumers’ attention among the myriads of mobile applications is not easy, and as I said before, we feel that simply releasing our games just as they are on smart devices would not provide the best entertainment for smart devices, so we are not going to take any approach of this nature.

“Having said that, however, in the current environment surrounding smart devices, we feel that we will not be able to gain the support of many consumers unless we are able to provide something truly valuable that is unique to Nintendo. Accordingly, I have not given any restrictions to the development team, even not ruling out the possibility of making games or using our game characters. However, if you report that we will release Mario on smart devices, it would be a completely misleading statement. It is our intention to release some application on smart devices this year that is capable of attracting consumer attention and communicating the value of our entertainment offerings, so I would encourage you to see how our approach yields results.”