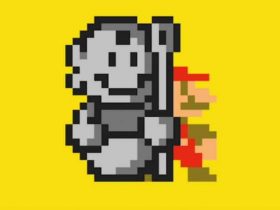 Nintendo is currently in discussion with numerous potential media partners to provide multimedia content for the Wii U, AdWeek report.

Multiple sources have apparently confirmed that the company is aiming to emulate efforts made by competitors Microsoft and Sony, securing varying content distribution partnerships for their latest home console to expand the experience beyond that of being purely a gaming device.

Such a move will see Nintendo aim to see households use the Wii U for a range of services, including games, streaming films or TV episodes, and communicating with friends across social networks. The company are aware that the Wii fell behind in regards to being able to offer users similar services as those provided by competitors, and are keen to ensure that this becomes a major part of the Wii U at launch.

Nintendo executives arranged meetings with “a select number of top content companies” at the 2012 International Consumer Electronics Show in Las Vegas last month, according to sources, focusing on the inclusion of sports and music content. However, one source was keen to reiterate “This is very preliminary. It could go nowhere”.

Whilst media services haven’t played an integral role within Nintendo’s previous plans, such efforts are currently making good headway on the Nintendo 3DS and it wouldn’t be entirely surprising for the company to expand upon this with the Wii U.

In any case, advertisers would be particularly keen to tap into Nintendo’s family-friendly dominated audience, and would be well suited for brand integration. We’ll certainly have to see how this progresses.