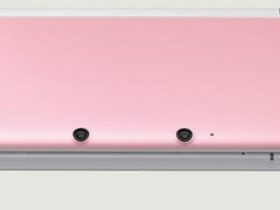 With the icon having been first revealed on the Japanese box art for Theatrhythm: Final Fantasy, Nintendo have provided the first early details regarding ‘Nintendo Network’.

You may have noticed that you’ve already been using it on Nintendo 3DS – where Mario Kart 7 communities provide an early glimpse of its future, as well as already announced plans to release add-on content for handheld titles.

Entirely new information, however, is that Nintendo are preparing to begin to digitally distribute packaged software for both Nintendo 3DS and Wii U, and, more significantly, have confirmed that they are to introduce personal accounts on Wii U.

Such information was confirmed by Nintendo yesterday during their financial briefing in Osaka, Japan, where Nintendo CEO Satoru Iwata explained that multiple users on each console will be tied to individual accounts rather than systems – a huge step forwards for Nitnendo’s often criticised online services. “We will also be able to construct and offer the system by combining a variety of different services and content”, he stated.