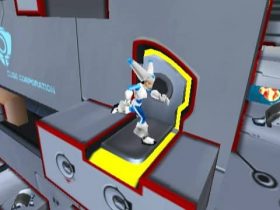 Nintendo of Europe have today confirmed that the next instalments within the ever popular Pokémon franchise, both Black & White Versions, are due to release across the UK on March 4th. Such a date places the release two days ahead of the title’s North American launch on March 6th.

As with previous titles each version will provide the chance to catch a unique Legendary Pokémon with Reshiram exclusive to the Pokémon Black Version, and Zekrom exclusive to Pokémon White Version. Further to this, each version will also include different areas with Pokémon Black Version featuring a unique metropolitan area called Black City, and Pokémon White Version offering a lush, green area named White Forest. For the first time, seasons will also change in the game world with certain Pokémon appearing more frequently within different seasons.

Players will once choose between starter Pokémon, each new to the series; the Grass-type Snivy, the Fire-type Tepig or the Water-type Oshawott. Until the main story of the game is complete, every Pokémon that players encounter will have never been seen before in previous Pokémon games.