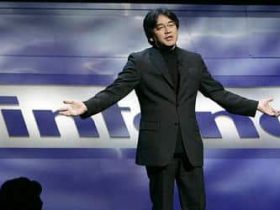 Legendary video game designer Shigeru Miyamoto has announced that Nintendo will release Pikmin 3 as a Wii U title.

He revealed that development for the title had been delayed so that it could be moved across to the company’s new console, as he believed that the franchise was especially suited to HD visuals.

Whilst no release window was estimated, Miyamoto explained that the framework for the game is already in place and that it won’t be too long into the lifecycle of Wii U before it is completed.